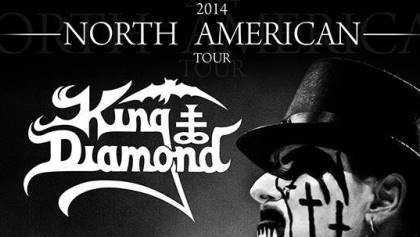 KING DIAMOND has confirmed what has been rumored for several weeks: the band will return to North America for a full tour this fall! The trek, which will wrap up with the previously announced performance at Fun Fun Fun Fest in Austin, Texas, begins on October 11 in Atlanta, Georgia. A limited-edition KING DIAMOND jacket will be available through the SHOWstubs.com fan club presale, which begins tomorrow, June 24. Tickets will be on sale online and at box offices nationwide on Friday, June 27.

North American fans will witness the band's full European festival stage show. These will be the most ambitious and largest productions in North America in the band's entire history.

A special guest support act for the tour will be announced at a later date.

In a February 2013 interview with Metal Sucks, King Diamond stated: "I had to change my diet and become a nutritional expert, eat much better food. I stopped smoking; haven't had a drag. [My wife] Livia quit, too. We walk at least five days a week.

"I felt the benefits during two shows we did [last year]. My voice is now clearer than when I started singing. It was like always driving a used car and suddenly you have enough money to buy a new car. It felt brand new! That's how my voice feels.

"I breathe different now than I used to. In the past [when we played live], it would been like [makes a gasping noise]. Now I go off stage and start talking to close friends…. I feel like I used to live in a house with ten windows and now I have twenty windows in the house. There's so much I can see and I pay more attention to what I do see.

"My philosophy hasn't changed but I don't take anything for granted."

After a six-year touring hiatus, KING DIAMOND triumphantly returned to the stage in 2012 for European festivals Hellfest and Sweden Rock. 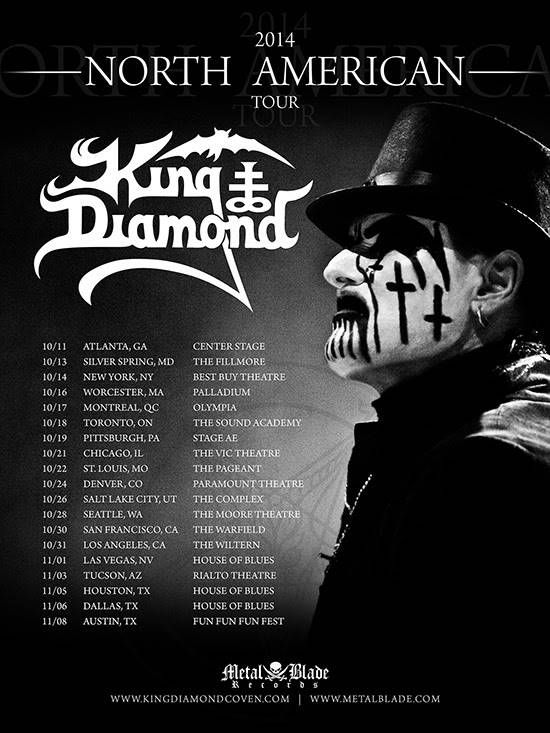