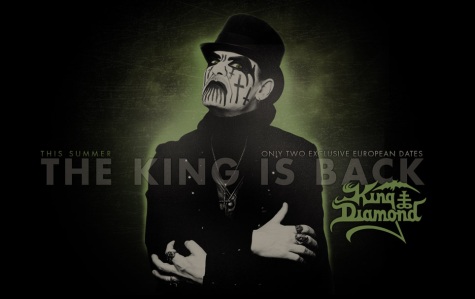 A video message from KING DIAMOND's 55-year-old frontman/namesake in which he announces his band's appearance at the Sweden Rock Festival can be seen below.

King Diamond (real name: Kim Bendix Petersen) underwent open-heart triple-bypass surgery in November 2010. He has since completed his cardiac rehabilitation program and has stopped smoking entirely, changed his diet and is getting regular exercise, according to his wife Livia Zita.