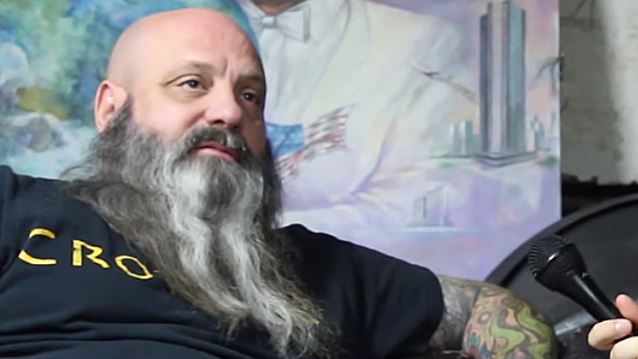 KIRK WINDSTEIN: New CROWBAR Album Will Be 'Every Bit As Angry' And 'Heavy' As Band's Early Records

Speaking about the progress of the recording sessions for CROWBAR's follow-up to 2014's "Symmetry In Black" album, Kirk said: "This tour is kind of a… We literally — honest-to-God truth — loaded the gear from the studio into the trailer. All the music's completely done. So we have two weeks off when we get home — which we'll be home on April 11 — and we leave April 26. So when we get home, I've gotta sing the record. But all the music's done. It's ten tracks, forty-seven minutes, and it'll probably be a little shorter with some fadeouts or whatever. But roughly ten tracks, forty-five minutes."

Regarding the musical direction of the new CROWBAR material, Kirk said: "It's more of meat and potatoes. On the last few records, we brought a lot of new elements into the band a little bit without deviating too far from what CROWBAR's about. But this is more like… I went back and started listening to early CROWBAR, and it's more of that attitude, but more mature — every bit as angry, every bit as heavy, every bit as depressed… doomy, whatever you wanna call it. But doing it this many years later, I really like what we've got going on."

CROWBAR's new album is being recorded at OCD Recording And Production in Metairie, Louisiana with engineer/producer Duane Simoneaux. 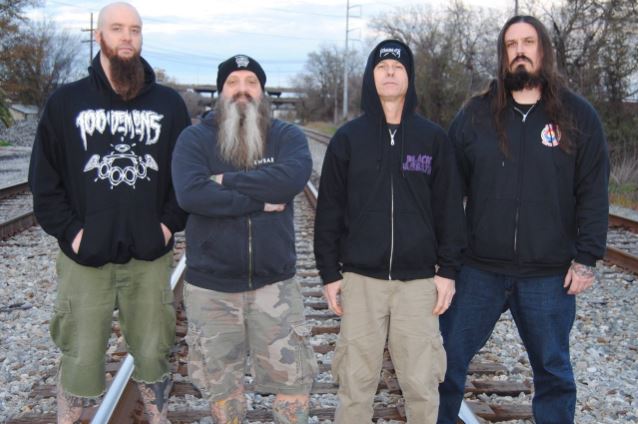