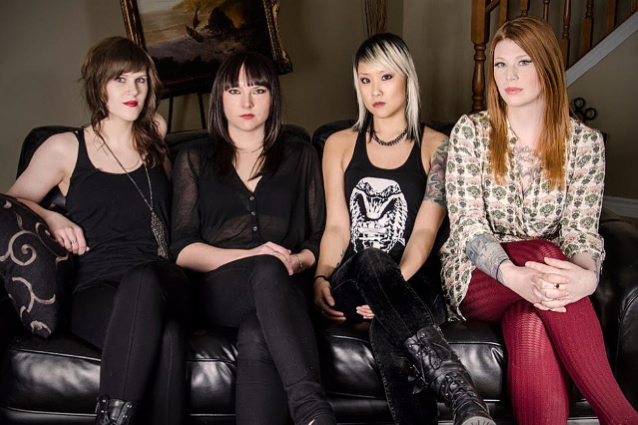 Canadian all-girl metal band KITTIE is "super stoked" about taking part in Las Vegas's When We Were Young festival, which will take place over three days this fall.

The "emo" festival will be held on the Las Vegas Festival Grounds on the Strip on October 22, October 23 and October 29. Tickets for the first two days sold out quickly.

Officials said the festival will feature the same lineup on all three dates, with the exception of Alex G replacing Wolf Alice on October 29, and La Dispute will not perform on October 29.

In a 2002 interview with Ballbuster Music, Mercedes stated about KITTIE's debut album: "I think 'Spit' is probably the least polished record I've ever heard in my entire life. It was recorded in nine days on Fender Squires. It was a point in our lifetime, and it was like a snapshot of what we were like back in 1999."