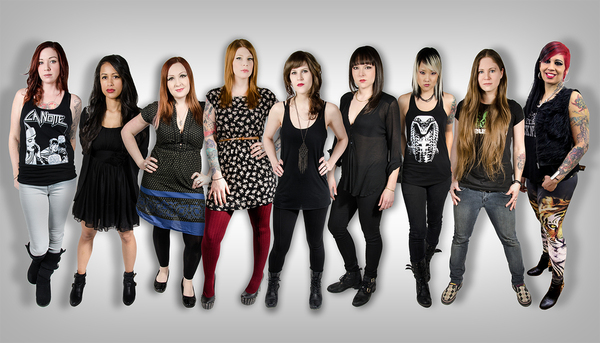 Canadian all-girl metal band KITTIE has posted a teaser for its forthcoming 20th-anniversary documentary. Check it out below.

KITTIE last year raised $40,000 via a crowd funding campaign for the documentary.

"To be honest with you, it was something that I didn't necessarily expect," Morgan Lander told TheLondoner.ca. "I was under the impression we would need the full 30 days to raise the [initial $20,000] and it turns out that we actually shattered our goal in the first eight hours."

She added: "We're going through hundreds and hundreds of hours of video [including personal recordings captured over the years]. Things like the making of [KITTIE's debut album, 1999's] 'Spit' are things that no one has actually ever seen before."

In addition to paying for the production costs of the 20th-anniversary documentary DVD, the Indiegogo campaign will help fund a tell-all book that "digs deep to give [the fans] the story behind the music." KITTIE is working on the official band biography with Mark Eglinton, an author, journalist and film-producer currently based in Edinburgh, Scotland who co-authored former PANTERA/DOWN and current KILL DEVIL HILL bassist Rex Brown's memoir, "Official Truth, 101 Proof: The Inside Story Of Pantera", and whose first book, titled "James Hetfield: The Wolf At Metallica's Door", was published in April 2010.

"[The book and the DVD are] going to tell the story but in a different way," Lander told TheLondoner.ca. "The DVD is going to be a lot more light hearted, because when we were out on tour it was all about having a good time and having fun. The book, on the other hand, will focus a little bit more on the business side of things and some of the things that happened with labels and past members."

The project will feature contributions from all of KITTIE's current and former members, including Talena Atfield, Lisa Marx, Jennifer Arroyo and Ivana Vujic. "That's what makes it outstanding for the fans, because we have had a tumultuous time in terms of (changing) some band members and we've had some bad blood with people," Lander said. "But I feel like time heals all (wounds) and we were able to put a lot of those things aside in order to celebrate the time we did have in the band together."

KITTIE's latest album, "I've Failed You", sold 3,000 copies in the United States in its first week of release to debut at position No. 178 on The Billboard 200 chart.

"I've Failed You" was released on August 30, 2011 via eOne Music. The CD was recorded at Beach Road Studios in Goderich, Ontario, Canada. The band once again worked with producer Siegfried "Siggy" Meier, who helmed "In The Black". 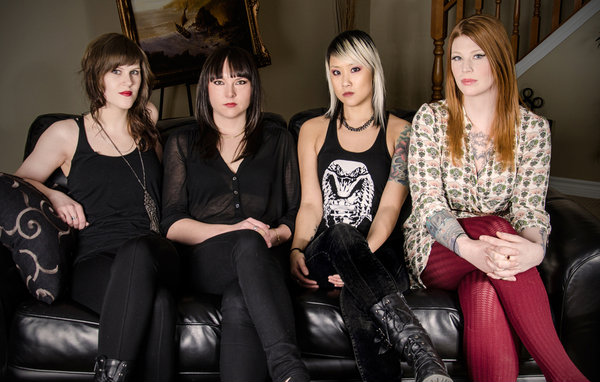