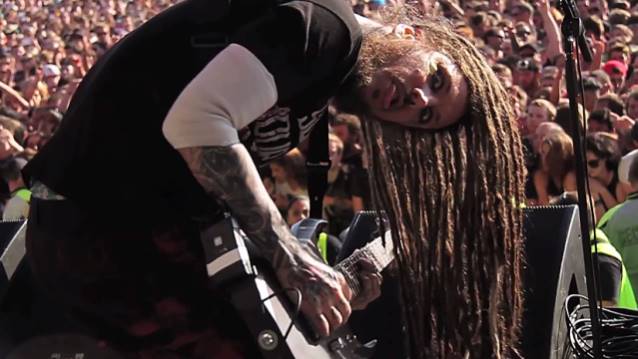 A 23-minute video recap of KORN's participation in this year's Soundwave festival, which took place in February and March in Australia, can be seen below.