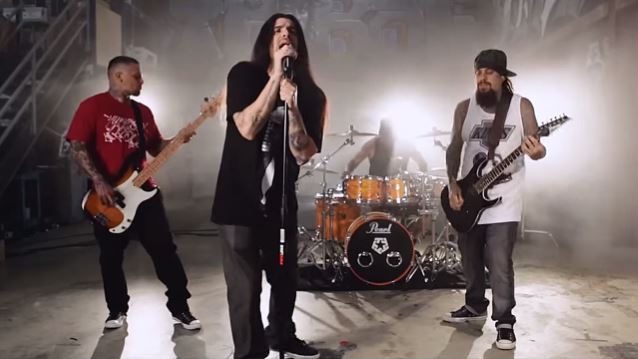 KORN Bassist's STILLWELL To Release 'Raise It Up' Album In November; 'Mess I Made' Video Available

Wanting to raise the bar higher than their critically acclaimed 2011 release, "Dirtbag", STILLWELL reached out to producer Chris Collier for direction.

"When we connected with Chris Collier, that's when for me, vocally, everything changed," says Q. The band started demoing tracks in early 2014 and by year's end had reached the plateau they were looking for that redefined their sound.

"The one thing I can say, the difference between this record and 'Dirtbag', is you can definitely tell the maturity, the songwriting, the lyrics and the way the songs are put together, "says Wuv.

"Raise It Up" is an album that is as passionate and powerful as anything these guys have been involved with before.

"There's a lot of explosion on this album. It's opposite of our other bands. This is new and fresh and I don't want to put it in a category, but it's definitely nothing like the other bands we're in," says Fieldy.

Combining elements of rock, hard rock and hip-hop, STILLWELL manages to capture a unique sound that harnesses the band's raw energy without stifling the different personalities of the four musicians.

"Raise It Up" track listing:

The official video for the song "Mess I Made" can be seen below. The clip was produced and directed by Lynwood Films.

You can preorder "Raise It Up" at RatPakRecordsAmerica.com.

STILLWELL released "Surrounded By Liars", an EP containing six original versions of songs that appeared on the band's debut album, "Dirtbag", in November 2011. The six songs were "Trepidation", "I Can't Be Stopped", "Cyclone", "Hate To Say I Told You So (Magnetic Daze)" and "Surrounded By Liars", along with the very first STILLWELL song ever recorded, "Killing Myself To Live".

STILLWELL opened for DISTURBED and KORN on the entire second leg of the "Music As A Weapon V" tour in 2011. 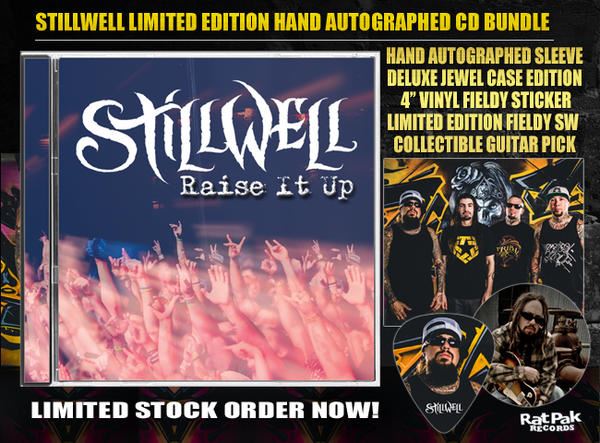