KORN Reborn: METAL HAMMER's 'What We Do' Interview Series Part One

U.K.'s Metal Hammer has posted the first episode of "What We Do", the magazine's exclusive interview series with KORN during which Brian "Head" Welch, James "Munky" Shaffer and Jonathan Davis discuss Head's return to the band. Check it out below.

KORN's 11th studio album, "The Paradigm Shift", is due on October 8 via Prospect Park. The follow-up to 2011's "The Path Of Totality" features the return of Welch to the lineup after more than eight years away. His last album with the band was 2003's "Take A Look In The Mirror".

KORN's new single, "Never Never", was made available for purchase digitally on Tuesday, August 13. The track features slow hulking beat stomps into screeching electronics before bleeding out on a bouncy chorus evocative of the swooping prowess of "Got the Life" and "Freak On A Leash". "It was an amazing night when we finished that song," says frontman Jonathan Davis. "It's a relationship song. You go through that shit and you get hurt so bad. Then you think, 'It's not worth it anymore. I'm not going to fucking love again.' You experience so many pressures to be a good dad, a good husband, a good lover, or whatever. Being in a relationship is a lot of work."

Other songs on the new set, which was recorded with producer Don Gilmore (LINKIN PARK, BULLET FOR MY VALENTINE, LACUNA COIL) at Buck Owens' studio in KORN's original hometown Bakersfield and at Los Angeles's famed NRG Recording Studios, include "Love & Meth" — for a which a video was also recently shot — "Prey For Me", "Spike In My Veins", "Mass Hysteria", "Paranoid And Aroused" and "Victimized".

"The Paradigm Shift" is available for pre-order in standard and deluxe editions, with the deluxe showcasing two bonus tracks and a documentary DVD titled "Reconciliation". 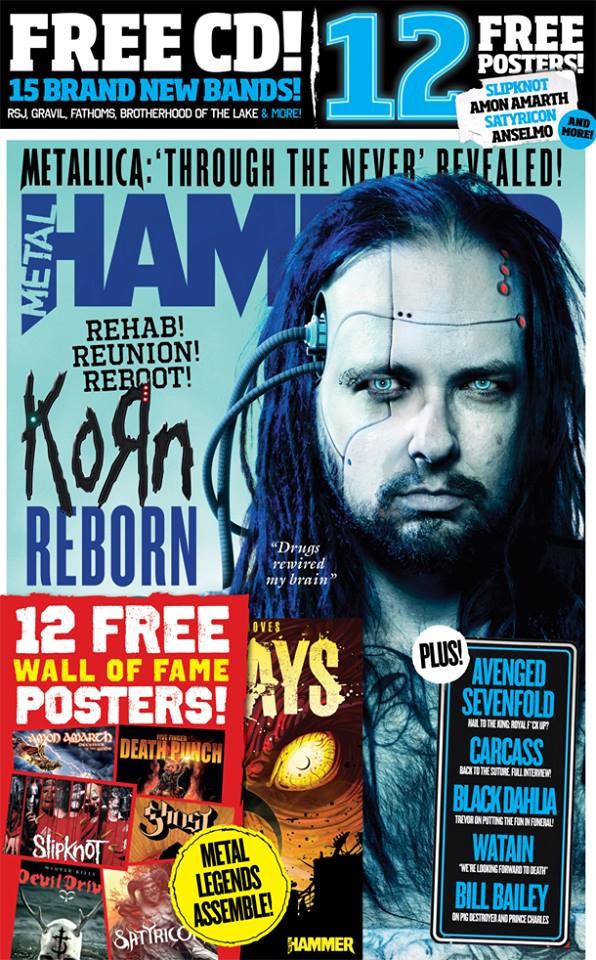