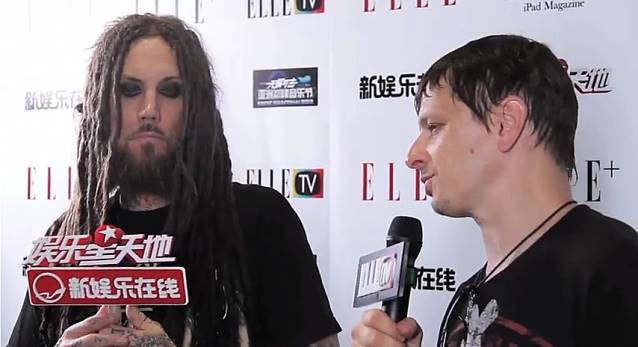 KORN played its first-ever concert in China on August 17 as part of the Sonic Shanghai 2013 festival.

A five-minute video recap of KORN's appearance at the event can be seen below.

KORN's 11th studio album, "The Paradigm Shift", sold 46,000 copies in the United States in its first week of release to land at position No. 8 on The Billboard 200 chart. The CD arrived in stores on October 8 via Prospect Park.

"The Paradigm Shift" is the first KORN disc to feature original guitarist Brian "Head" Welch since 2003's "Take A Look In The Mirror" and follows up 2011's dubstep experiment, "The Path Of Totality". Frontman Jonathan Davis told The Pulse Of Radio that Welch's return on guitar was a good balance to Davis' own continued fascination with electronic music. "We wanted to make a record that everybody was happy with, and Head coming back, I think, was great, 'cause me and him butted heads. 'Cause he really is on the rock side and I was on the electronic side, and it was good having the compromise on both sides. It was just good for the creative process, I think." 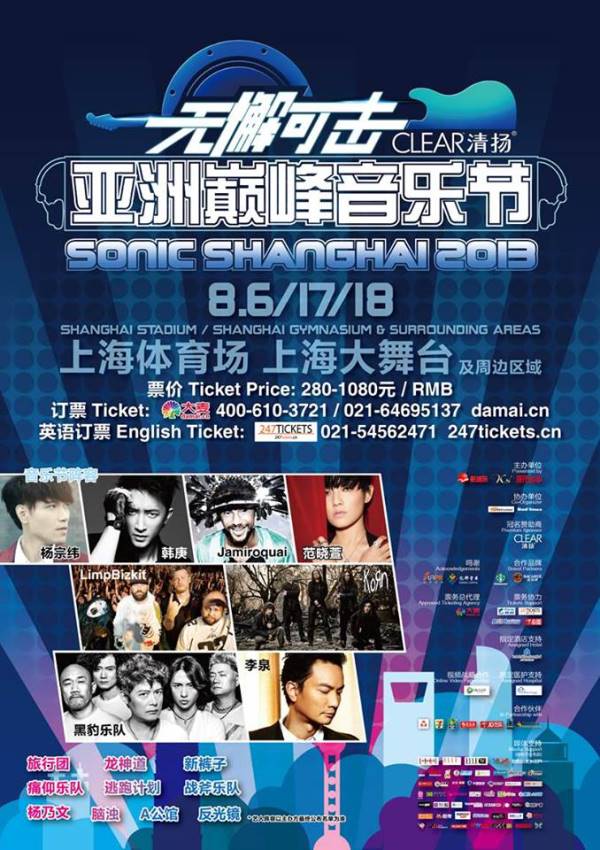