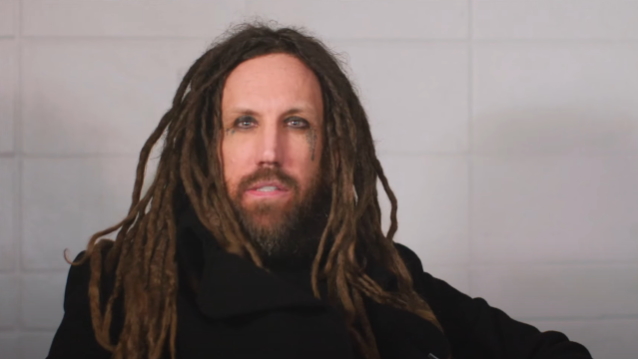 KORN guitarist Brian "Head" Welch has launched "All In The Family", a new YouTube series in which he takes a look backstage to show fans the individuals that make KORN live shows happen.

Welch says: "Me and the guys in KORN always put on shows for you year after year, and I wanted to highlight some of the guys that make the shows happen, because without these guys KORN would never be able to perform for you. And they've become friends of ours. When we get people that we like on tour to be our crew, we end up loving the guys — or ladies; sometimes ladies, but usually guys — they end up staying with us a long time."

The first "All In The Family" episode, which focuses on Welch's guitar tech Andres "Andre" Lecaros, can be seen below.