Popular TV series "Paradise City" has today released the soundtrack to Season 1 via Sumerian Records. The soundtrack includes a medley of tracks including "Paradise City" bands THE MAVENS and THE FLUX with their covers of "I Don't Believe In Love" and "True Faith", respectively, and includes other songs found on the show such as Machine Gun Kelly and Travis Barker's rendition of Edwyn Collins's classic "A Girl Like You" and KORN singer Jonathan Davis's cover of the PET SHOP BOYS hit "It's A Sin", which can be streamed below. Prior to the soundtrack release, "Paradise City" stars THE RELENTLESS released their album "Cruel Games" which comprised of the band's songs from the hit TV series, including a special guest appearance by the inimitable Lzzy Hale of HALESTORM on the title track, music written by Javier Reyes of ANIMALS AS LEADERS on "Nothing Lasts Forever", and "Paradise City" show creator Ash Avildsen writing lyrics on original tracks "Cruel Game", "Nothing Lasts Forever" and "Lost In Control". In addition to the soundtrack release, fans can also score exclusive merch.

"Paradise City" was released digitally at the end of March and immediately shot to the #1 spots on All Shows on Amazon Prime, All Shows on iTunes, Drama and Trending TV on Fandango and #2 Drama on Google Play. Set in Los Angeles, "Paradise City" chronicles the lives of rock star and frontman of THE RELENTLESS, Johnny Faust, and a young rookie kid, Simon, who idolizes him as they collide through their broken homes built by the music business. The series was created by Ash Avildsen (Hit Parader, Sumerian Films),son of Academy Award winner John Avildsen ("Rocky", "The Karate Kid"),and is loosely based on his own life and estranged relationship with his father. Watch the official trailer, which has clocked up a whopping 12 million views on YouTube, below. 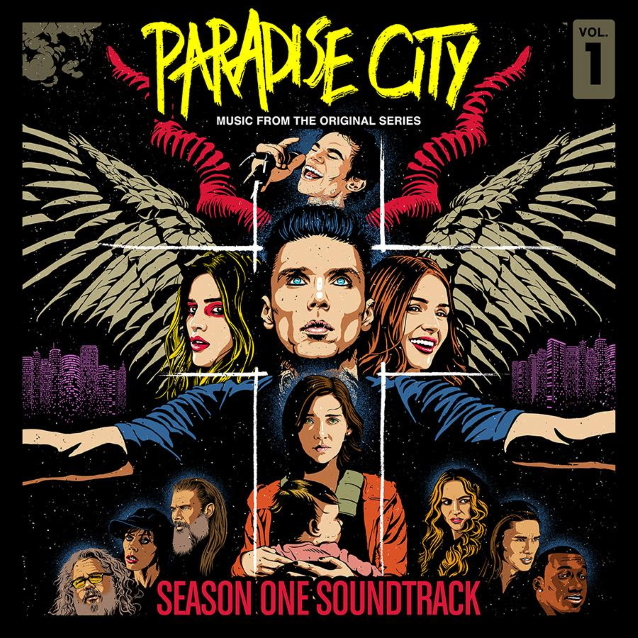