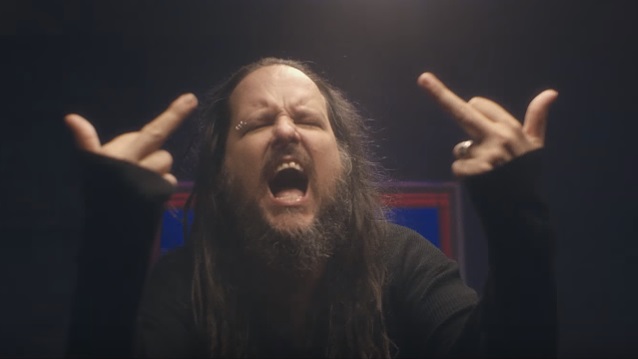 KORN frontman Jonathan Davis has released the official music video for his song "Everyone". The clip was directed and edited by Stephen Steelman and was produced by Brigantine Films / Renaissance Man Productions.

"Everyone" is taken from Davis's highly anticipated debut solo album, "Black Labyrinth", which will be released on May 25 via Sumerian Records.

Diverse and progressive, "Black Labyrinth" represents a natural evolution for Jonathan, whose previous musical contributions have yielded two Grammy Award wins, eight Grammy Award nominations, worldwide sales of more than 40 million, and countless sold-out shows in nearly every corner of the globe. In addition to the album's well-received first single, "What It Is", which debuted as the No. 1 most added single on rock radio, the new album includes "Final Days", a melodic and atmospheric track, accentuated by subtle hints of sitar and tabla, the straightforward arena-rock anthem "Underneath My Skin", and 10 other tracks primarily recorded live to tape, a departure from KORN's heavily calculated, meticulous, studio approach to creation. Longtime fans of KORN will still find the familiarity of the band's unique and unforgettable vocals, synths and commanding guitars in key tracks like "What You Believe" and "Everyone".

Inspired in part by the Ganzfeld Experiment, and the out-of-body experiments and hallucinations that often accompany it, Davis focused on religion, consumerism and apathy throughout the album. "There's a level of enlightenment I want to achieve," he confesses regarding "Black Labyrinth". "With all of the bullshit going, everyone is stuck on their fucking cell phones. This takes us way out of that. No matter how hard you try to fight bad things in your life, life will be what it is. It's up to you to accept that, combat it, and move forward, or it's up to you to be in denial. Then it becomes a thorn in your side until you finally deal with it. This is it. Just deal with it."

Listen to 30-second clips of the entire album below.

Asked in a recent interview about the sound of the project, Davis explained: "It's completely different. It's a different thing. It's something I've been working on for 10 years. It's just a crazy, different world music hybrid of all kinds of things, and there are all kinds of different players who play on the record. And I'm really proud of it."

Regarding why it took so long to complete the solo album, Davis said: "I did most of it back in… I started it in '07 and '08. I was signed to another record label, and, unfortunately, the people that signed me left. Some other people came in, they wanted to do it, and they ended up not doing it, so I got the record back. And then, [I went through] a few different managers and stuff, so it's just the same thing — they want the KORN machine moving. [Laughs] So finally I've got a break now, and I'm, like, ' I wanna do this now, guys. Let's do this.' So we're doing it."

Davis also talked about why he chose to make a solo record instead of using the material for KORN. "'Cause it's completely different — it's not for KORN," he said. "You've heard 'What It Is' — that's not a KORN song. So this is stuff that's completely different. There's stuff I've brought to KORN before, like from these sessions, the song 'Take Me', on our last record [2016's 'The Serenity Of Suffering'], was one of these songs, but we took it and the guys — [KORN guitarists] Head and Munky — got it, they tore it apart and made it their own. It's totally different. Sometimes it works. But the majority of the stuff wouldn't have worked for KORN."

The singer will kick off a solo North American tour on April 6 in Portland, Oregon, ending on May 18 in Boston. KORN drummer Ray Luzier will be part of the backing band.

"What It Is" is included on the soundtrack to a film called "American Satan", which came out on January 26. 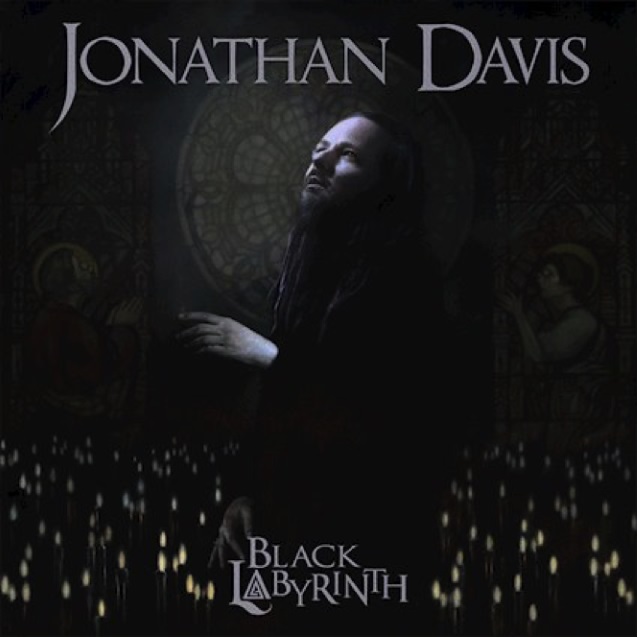