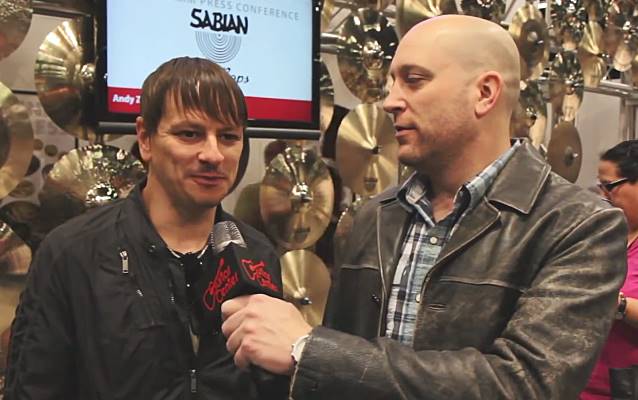 Guitar Center spoke with KORN drummer Ray Luzier at the Sabian booth at this year's NAMM (National Association Of Music Merchants) show, which took place January 23-26 at the Anaheim Convention Center in Anaheim, California. You can now watch the chat below.