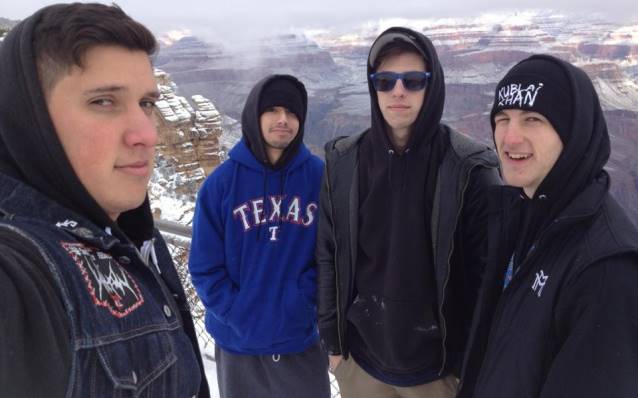 In addition to making a loud, deadly racket with its music, KUBLAI KHAN views its music as a platform for expression of the issues and problems that plague their plugged-in generation. In this day and age when millennials have their noses buried in their iPhones while the real world passes them by, KUBLAI KHAN brings back that visceral, grab-you-by-the-nape-of-the-neck snarl that forces listeners to pay attention in the here and now.

The band's message is one of hope, even though it is encased in a brutal, fangs-bared package.

For a taste of the band's metallic maelstrom, check out the teaser clip below.

KUBLAI KHAN heads out on the road in March as part of "The Best in Brutality Tour", featuring OCEANO, BROKEN HOPE, FALLUJAH and RIVERS OF NIHIL.