Reactivated San Francisco Bay Area metallers LAAZ ROCKIT have posted a new song, "My Euphoria", on their MySpace page. The track comes off the group's new album, "Left for Dead", which is scheduled for release on July 25 via Germany's Massacre Records. A limited-edition signed version of the CD, which was produced by former LAAZ ROCKIT member Scott Sargeant (who also makes a guest appearance) and Juan Urteaga, is available in the U.S. for a limited time only on the band's official web site.

LAAZ ROCKIT's 1984 album "City's Gonna Burn" was reissued in May 2007 through Old School Metal Records. All songs were remastered by Colin Davis at Imperial Mastering.

A trailer for LAAZ ROCKIT's "Live Untold" DVD can be viewed on YouTube.

"Live Untold" was produced by Ace Cook and was released on August 15, 2006 via Old School Metal Records.

LAAZ ROCKET, who formed in 1982, was a mainstay in the Bay Area thrash scene for nine years. In May 2005, the original lineup reunited for the first time since 1991 to play two shows with TESTAMENT, including the prestigious Dynamo Open Air festival in Holland. Their appearance at the Thrash Against Cancer benefit concert in July 2005 was their first U.S. show in over 14 years. 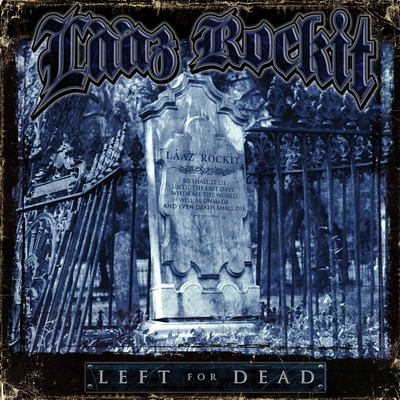