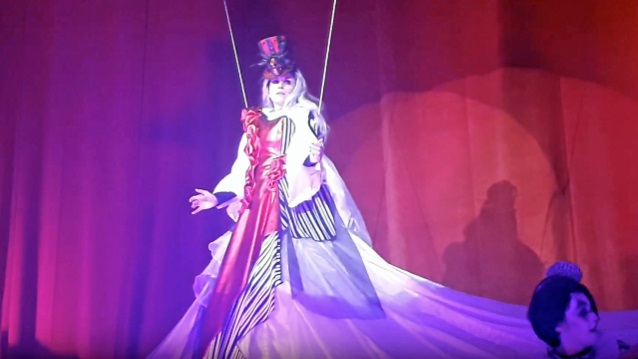 Italian heavy rockers LACUNA COIL celebrated the 20th anniversary of their debut by playing a very special show, dubbed "Nothing Stands In Our Way", this past Friday (January 19) at London, England's O2 Forum Kentish Town. The unique extravaganza, which included visual effects, circus artists and enhanced stage production, was professionally filmed and recorded for future release.

23. I Forgive (But I Won't Forget Your Name)
24. Enjoy The Silence (DEPECHE MODE cover)
25. Nothing Stands In Our Way

LACUNA COIL vocalist Andrea Ferro told Metal Nexus last fall that the 20th-anniversary concert would be "really special... with songs we've never played before, songs from the very early releases, and there's going to be interaction with a gothic circus doing stuff while we play. It's going to be special — unique and special."

LACUNA COIL singer Cristina Scabbia explained to Tattoo.com that "there is a reason" January 19 was chosen as the date for the anniversary show. "It's because 1/19 is recognized as 'Lacuna Coil Day,' because we have a song that's called '1.19', so the people from the fan club and the fans decided to declare it 'Lacuna Coil Day,'" she said. "And we thought about making a special show in London, because, logistically, we thought it was the easiest way to reach, even for people who are not coming from Europe, our area. Usually the flights are cheaper. Like, if you come from the States, it's easier to reach London than Milano, for instance, [which] is our hometown. So we thought about London."

"Nothing Stands In Our Way" is described as "the full 20-year story of the Italian gothfathers as told by the band in their own words. Illustrated throughout with rare and candid photographs, memorabilia and personal artefacts, it will see founding members Scabbia, Andrea Ferro and Marco Coti Zelati sifting through the birth, growth and full flowering of the band to tell 20 years of LACUNA COIL.

Ferro told the Impact metal channel last year that LACUNA COIL fans will have to wait until at least 2019 for the follow-up to 2016's "Delirium" album. 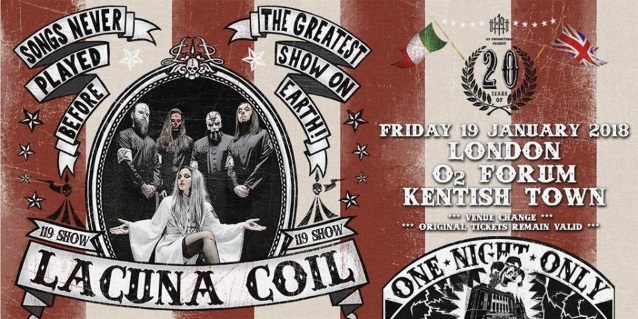