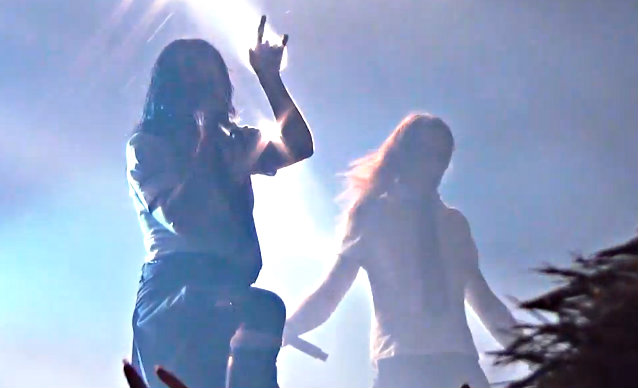 Multi-camera, fan-filmed video footage of LACUNA COIL's October 19 performance at this year's edition of the Metal Female Voices Fest at Oktoberhallen in Wieze, Belgium can be seen below.

LACUNA COIL singer Andrea Ferro previously stated about the new CD: "We met Jay a few years ago in L.A. and had a really positive feeling about him, as he has produced and mixed some of my favourite records and some very relevant rock/metal albums.

"We decided to work with him, because he has the ability to work together with the band towards a common vision without driving the band away from their sound.