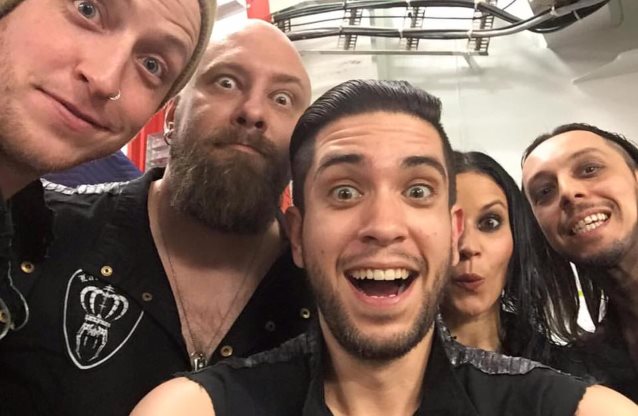 Daniel made his live debut as LACUNA COIL's guitarist during this past weekend's 70000 Tons Of Metal cruise. Fan-filmed video footage of the performance can be seen below.

Said LACUNA COIL singer Cristina Scabbia: "[Daniel] came on the cruise to play with us, but he is not the new member of LACUNA COIL (still part of the family, though!)."

LACUNA COIL will tentatively release its new album, "Delirium", in May via Century Media. The CD was recorded at BRX Studio in Milan with producer Marco "Maki" Coti-Zelati, with engineering by Marco Barusso and additional assistance from Dario Valentini.