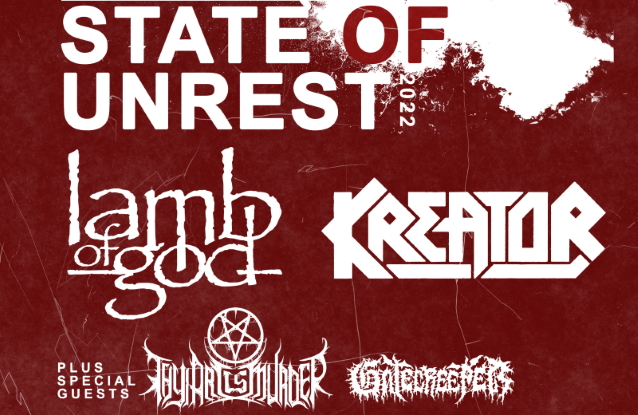 LAMB OF GOD and KREATOR have once again been forced to postpone their previously announced "State Of Unrest" European tour due to the ongoing COVID-19 pandemic. The two metal legends' co-headlining trek will now take place in late 2022, with THY ART IS MURDER and GATECREEPER freshly added to the bill.

KREATOR recently entered Hansa Tonstudio in Berlin, Germany to begin recording their new album for a tentative early 2022 release. Helming the sessions is Arthur Rizk, who has previously worked with CAVALERA CONSPIRACY, CODE ORANGE, POWER TRIP and SOULFLY, among others. 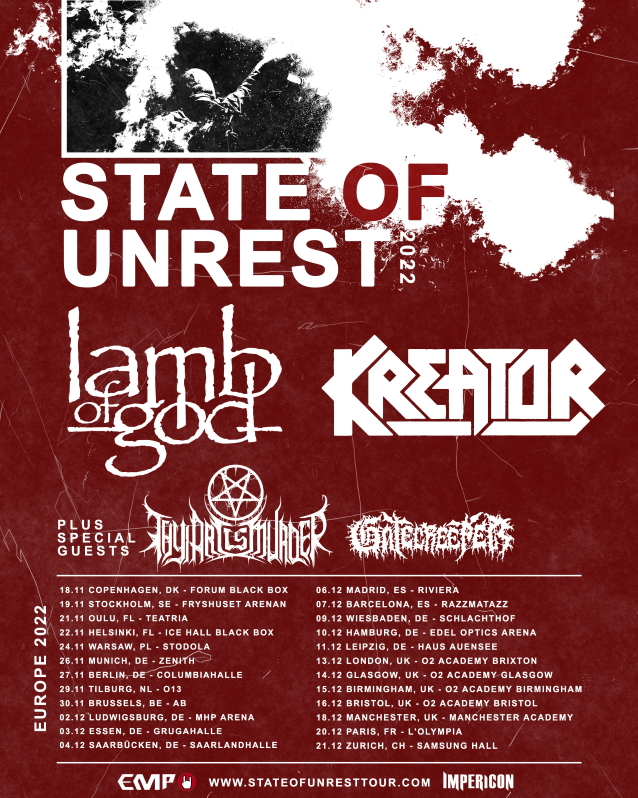