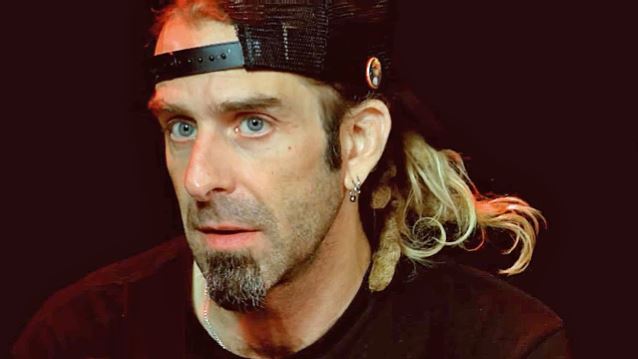 LAMB OF GOD frontman Randy Blythe was interviewed on a recent edition of the "Sixx Sense" radio show hosted by MÖTLEY CRÜE and SIXX:A.M. bassist Nikki Sixx. You can now listen to the chat below.

Speaking about what his life has been like in the years since his arrest, incarceration, trial, and acquittal for manslaughter in the Czech Republic over the tragic and accidental death of a concertgoer, Blythe said: "I got out of prison and immediately went on tour, because I had five lawyers and they were just hemorrhaging money like crazy. I went from jail to home to, ten days later, being at Knotfest to home for a month or two, then out on tour with LAMB OF GOD, then back to the Czech Republic to go to trial, found not guilty, then come home, then finish up the rest of our tour and finally end in South Africa. And then we took a little time off, but there were some changes in the organization and they started writing another record and we need to make money, so it was back in the studio. And it was back on tour again for this last record [2015's 'VII: Sturm Und Drang'], and that cycle is not gonna end until August or September of this year, I guess. So it's just been, like, grinding, grinding, grinding. And when I'm not on the road, I'm working on writing and photography."

He continued: "[These are] things that make me happy. But it's at a point now where it's, like, at the end of this tour cycle, it's gonna be, like, boom, it's time to take a break for real and concentrate more on writing and being at home with the family. It's time for me, now, at the end of this… 'Cause we got off, after I got done with the whole prison thing and then finishing that tour, we got off the road and then we started writing a new record, and then we recorded that record. And we didn't tell anyone that we were recording — nobody knew. They thought we were just chilling at home, and then we go on tour before the record even comes out. We're mixing the record on tour, and then all of a sudden, the record comes out. [People] were, like, 'Woah! Where did the record come from?' And it's, like, 'Well, we've been working the whole time.' And it hasn't stopped."

Blythe also talked about his next book, which will follow up his memoir, 2015's "Dark Days: A Memoir". He said: "My last book, the book was about personal accountability. The story, the vehicle that I used to make that point was me going to prison and going to trial and coming out. That was just the vehicle, but the theme of it was personal accountability. The theme of my next book is going to be about perspective, because I think… Today, it's such an almost binary world; things are either A or B in people's belief systems. If people can change their perspective a little bit, maybe, and try and see other sides of things, maybe there wouldn't be so much static. So the book, for me, I'm very interested in perspective. But this next book will be about surfing, travel and photography all together, and it will convey the theme of changing perspective somehow."

He added: "My agent and my publishing company, they're ready to give me a contract for another book, 'cause the last one was a bestseller, and they like selling books. And they're kind of, like, 'Give us a proposal.' I'm, like, I wanna do it correctly, so I know exactly what I'm doing."

LAMB OF GOD will join forces with SLAYER and BEHEMOTH for a U.S. tour this summer.

LAMB OF GOD released a new EP called "The Duke" last November via Epic. The EP's title track, which was recorded during the sessions for the band's last album, "VII: Sturm Und Drang", was inspired by the plight of a LAMB OF GOD fan named Wayne Ford, who was diagnosed with leukemia in 2010 and died five years later at the age of 33. The EP includes another previously unreleased track that dates back to LAMB OF GOD's "Wrath" LP, the thrashy, heavy "Culling", which the band finished up especially for this EP, along with live recordings of three "VII: Sturm Und Drang" tracks.

Tonight on Sixx Sense - Randy Blythe from Lamb of God sits in with Nikki Sixx and Jenn! ??