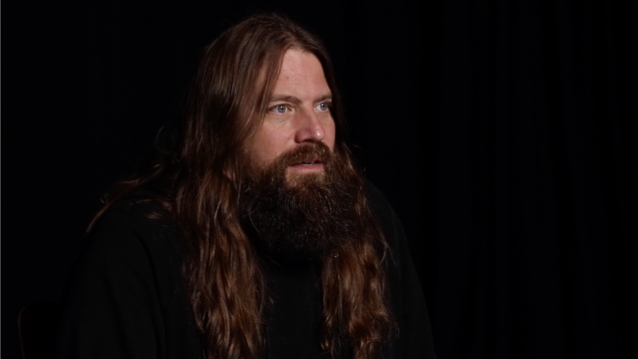 A one-minute video in which LAMB OF GOD guitarist Mark Morton discusses the artwork for the band's upcoming self-titled album can be seen below.

"Lamb Of God" will be released on May 8 via Epic Records in the U.S. and Nuclear Blast Records in Europe. The follow-up to "VII: Sturm Und Drang" marks LAMB OF GOD's first recordings with Art Cruz, who joined the band last July as the replacement for the group's founding drummer, Chris Adler.

Regarding LAMB OF GOD's decision to make the new album a self-titled effort, singer Randy Blythe said: "Putting only our name on it is a statement. This is LAMB OF GOD. Here and now."

LAMB OF GOD's previously announced spring 2020 European tour with KREATOR and POWER TRIP has been postponed in the wake of the coronavirus pandemic. LAMB OF GOD still hopes to launch a North American tour with MEGADETH, TRIVIUM and IN FLAMES on June 12 in Bristow, Virginia, pending the containment of the disease. Dates are scheduled through November 13 in Reno, Nevada.