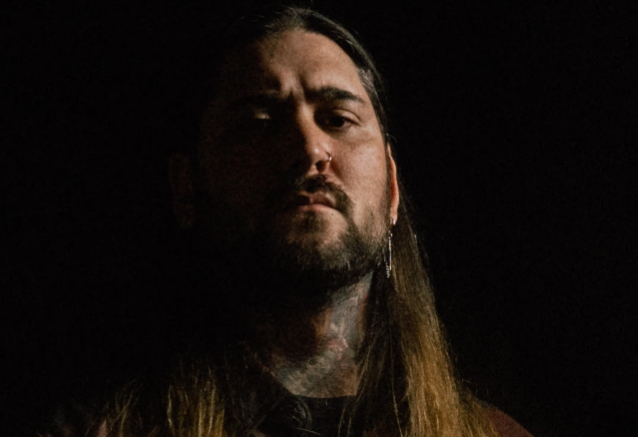 LAMB OF GOD has recruited Joe Badolato, vocalist for New Jersey deathcore outfit FIT FOR AN AUTOPSY, to front the band for tonight's (Friday, April 22) concert in Green Bay, Wisconsin. The show is part of "The Metal Tour Of The Year" with MEGADETH, TRIVIUM and IN FLAMES, which kicked off on April 9 in Las Vegas, Nevada.

Badolato will be filling in for LAMB OF GOD frontman Randy Blythe who missed the band's concert in Grand Rapids, Michigan three days ago after testing positive for COVID-19, the disease caused by the SARS-CoV-2 coronavirus. Stepping in for Blythe at that gig were TRIVIUM's Matt Heafy and IN FLAMES' Anders Fridén, as well as Mark Hunter of CHIMAIRA. LAMB OF GOD then canceled its concert last night (Thursday, April 21) at the Allen County War Memorial Coliseum in Fort Wayne, Indiana when Hunter himself fell ill.

Earlier today, LAMB OF GOD released the following statement: "Green Bay - unfortunately, Randy will not be able to perform but we WILL see you tonight! Our brother Joe Badolato from FIT FOR AN AUTOPSY will be stepping in to handle vocal responsibilities this evening. We expect Randy to return to our show on Sunday in Sioux Falls."

When the Fort Wayne cancelation was announced, Hunter clarified in a tweet that he didn't "blow his voice" singing for LAMB OF GOD in Grand Rapids but was actually forced to spend all day in the ER after "a genetic condition flared at the worst time."

LAMB OF GOD is continuing to tour in support of its latest, self-titled album, which was released in June 2020 via Epic Records in the U.S. and Nuclear Blast Records in Europe.

Green Bay - unfortunately, Randy will not be able to perform but we WILL see you tonight! Our brother Joe Badolato from...