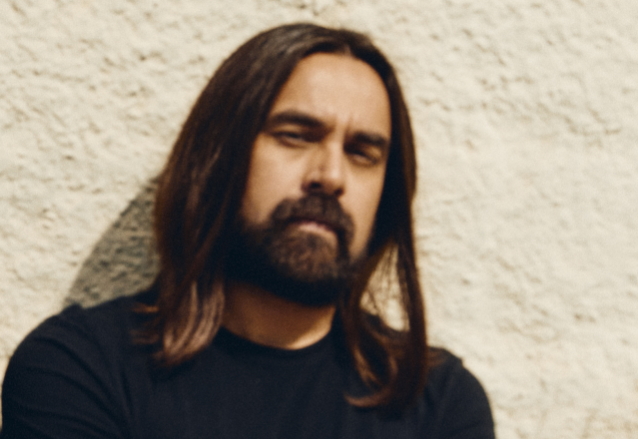 In a brand new interview with RadioactiveMike Z, host of the 96.7 KCAL-FM radio program "Wired In The Empire", LAMB OF GOD drummer Art Cruz was asked to name his favorite METALLICA song. He said: "My era of jumping into METALLICA was 'Master Of Puppets', realistically. That was the record that I was first turned on to. 'Damage, Inc.' is a really good one; I love that song. Sure, you can always say 'Master Of Puppets', but 'Battery' — definitely up in my top three METALLICA songs of all time. But 'Damage, Inc.' — I think 'Damage, Inc.' is right there as one of my favorites."

Cruz filled in for original LAMB OF GOD drummer Chris Adler on several of the band's tours before being named Adler's official replacement in July 2019. Cruz previously cut his teeth in WINDS OF PLAGUE and PRONG.

Last month, LAMB OF GOD bassist John Campbell told Metal Wani that it has been "amazing" playing with Cruz on 2020's self-titled album and the upcoming "Omens" LP. "This is the second record with Art," he said. "He's been in the band like five years now, so I guess he's got another five more years before he's not the new guy. But it's great. Art is an amazing dude. He has great, positive energy. He's a ferocious drummer. He's got taste and style. It's great playing with him. It brings a dynamic to the band that we didn't have before. His hands are amazing, as well as his feet, and he's just got flavor and style."

Regarding what Cruz's playing style has added to the LAMB OF GOD sound, John said: "I think he brought more of a… 'swing' is the wrong word. [He has] less of a rigid approach to the drums. He came up playing drums and listening to heavy metal by listening to and trying to play with LAMB OF GOD, or trying to play LAMB OF GOD songs. So he's well steeped in it, almost as if he was an understudy before he knew it. So I think he just brings a continuation of what we have done, but with his smoothness, with his feel that is very unique to him."

"Omens" will arrive on October 7 via Epic Records. The band tracked the LP with longtime collaborator Josh Wilbur (KORN, MEGADETH) live in the room together at Henson Recording Studios (formerly A&M Studios) in Los Angeles, California, a location that birthed classics from THE DOORS, PINK FLOYD, RAMONES and SOUNDGARDEN, among others.

Retweet if you like this combo. 😬
Great running into you @larsulrich#Prong#Metallica#WindsOfPlague#Drummers#GetInvolvedpic.twitter.com/7y9cnYzk2M