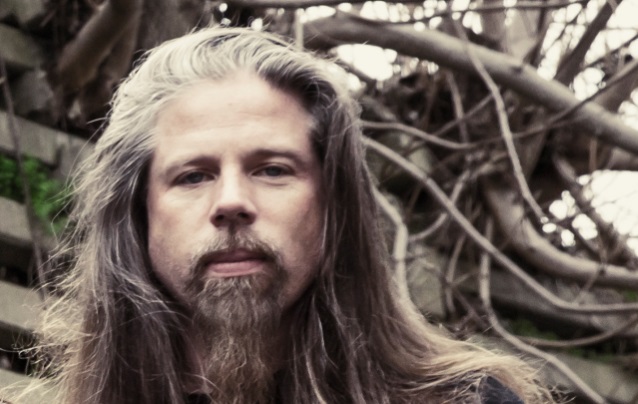 On June 14, LAMB OF GOD drummer Chris Adler will unveil his fine art debut collection, "Dancing With The Devil". Completed with art team SceneFour, the release is a pioneering effort in the new medium of crafting visual art through drum performance.

Over the last 12 months, Adler has been creating an art collection made from rhythm. Like a painter, using brushes with oils, Adler has crafted a collection of artwork utilizing drumsticks that light to build visuals for canvas. The result is a fine art collection that brings his unique sound to sight in abstract, vivid and powerful ways.

"Dancing With The Devil" is more than a collection of art; it is a dimension of captured creativity. Each piece represents a visual of entire songs Chris chose and performed in their entirety at the SceneFour facilities. These are creative exorcisms intended to motivate and empower.

The fourth trailer for "Dancing With The Devil", in which Adler discusses the idea of "it never being too late" to be creative and follow your own artistic path, can be seen below.