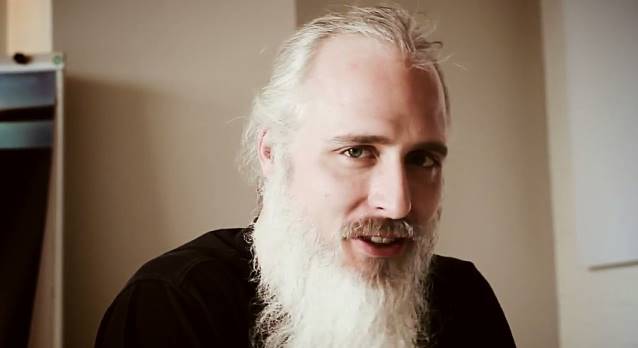 LAMB OF GOD's JOHN CAMPBELL On RANDY BLYTHE's Czech Ordeal: 'It Was An Incredibly Hard Time In My Life'

Iann Robinson of CraveOnline recently conducted an interview with bassist John Campbell of Richmond, Virginia metallers LAMB OF GOD. A couple of excerpts from the chat follow below.

CraveOnline: The first thirty minutes of [the] "As The Palaces" [documentary] is very different than what it ends up as. What was this film original supposed to be?

Campbell: We had already done two DVDs of backstage stuff and us being the morons that we are. This time we decided to turn the cameras outward, and focus on the power of music and how it affects people. Specifically, how our music affects people. We decided to take that to some unusual places. The girl in India who is the singer for a heavy metal band, and the taxi driver in Colombia, we had a lot of footage, until the record skipped and it became something else. To [director] Don [Argott] and [producer] Sheena's [Joyce] credit, right at the end of making one movie, they had to completely scrap the film and rethink everything they had done. They just went with it the way that it happened. It's almost like two movies in one.

CraveOnline: There's a drastic shift in everything about the film.

Campbell: I know. I love the line where that transition happens. Randy's [Blythe, LAMB OF GOD singer] sitting by the James River in Richmond, Virginia. He's very jovial, talking about how he has the greatest job in the world, and he says, "I worry one day they're gonna find out. I don't know what they're gonna find out, but they'll find out and it'll all be over." That's the transition from the one film to the other.

CraveOnline: What was the most terrifying point of all this for you personally?

Campbell: I went through a psychological shock of "this might be all over." Even if Randy doesn't do time, he could come back and say, "Y'know what, guys. I don't want to do this anymore." I can't point to one specific moment, but those forty initial days before he was first released were gut-wrenching. We wanted to be respectful to the family of the fan who died, and it also gave us a way to work through our own emotions. It was an incredibly hard time in my life, but I didn't lose a child and I wasn't sitting in a Czech prison. I don't want to spill too many tears on my own accord.

CraveOnline: How did you balance the guilt of fearing for Randy's future and the fact that how you make a living for so long might be over?

Campbell: My foremost concern was for Randy. When he was first in prison it was all about just getting him home. Then, as the trial went on, I felt he was innocent of the charges. I did think to myself, I have two small children and a wife, what am I going to do? That is part of the reason I'm trying to build a business from the dirt up, just like we built the band. I think the lesson learned is that life is ready to throw a curve ball at you at any moment. Just as you think you know how things are running, the curve ball comes.

CraveOnline: Will this experience inform the writing for the next album?

Campbell: I don't think it will, specifically. To rely on that for commodified art might be a little crass, and not the sort of thing we want to do.

CraveOnline: Recently Randy stated that he's taking a long break from LAMB OF GOD. Is it just a break, or does that mean something else? What's the truth on the future of LAMB OF GOD?

Campbell: Randy called what we're doing a hiatus on Instagram. He's a frontman and has a flair for the dramatic. We have a planned break, and then the members of the band will come together and start working on ideas, so it will be several months before Randy even puts an ear to that stuff. So he will have his break and then we will come together and work on a new LAMB OF GOD record.

Read the entire interview at CraveOnline. 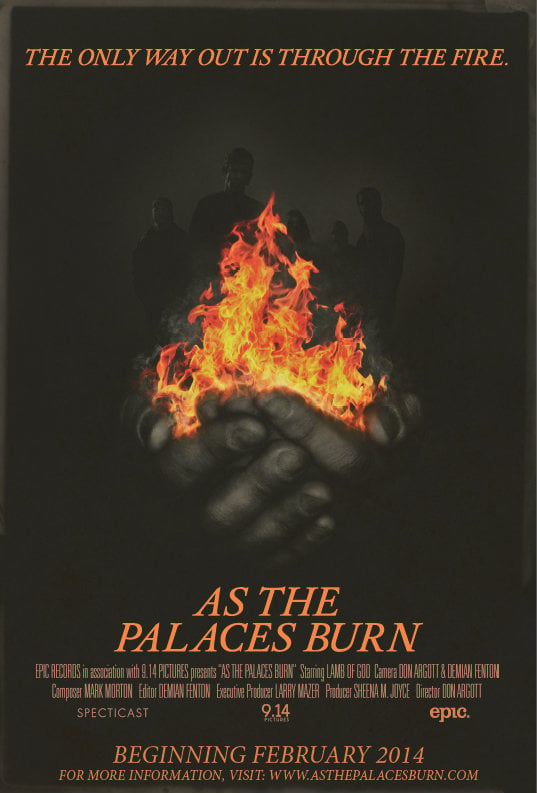