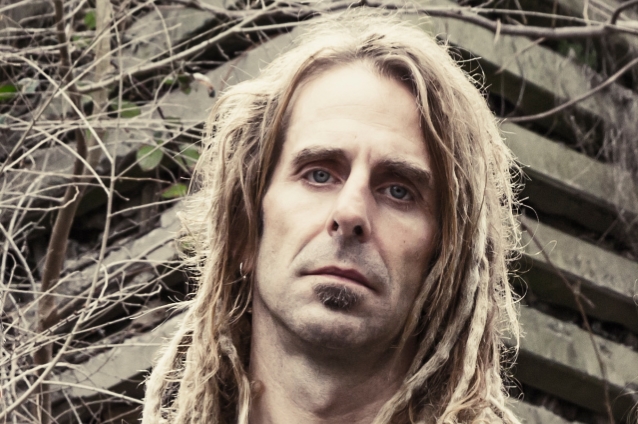 LAMB OF GOD frontman Randy Blythe, one of extreme metal's most politically aware musicians who has written about social and political issues in the past, has told Metal Hammer magazine that he doesn't believe the Trump presidency has had any effect on touring. "I don't really think it has," he said. "But I haven't been overseas to tour since Trump came in. A friend of mine was just in Russia and he says it's brutal. When you show up with an American passport, they laugh at you going through customs, and in Moscow they had t-shirts that had an illustration of Putin walking Trump on a leash, like a dog."

He continued: "We were touring overseas before Trump got elected and people were constantly asking, 'What are you going to do if he gets elected?' Everybody was, like, 'That's not gonna happen,' and oh, how wrong we were."

Randy added that, at this point, nothing surprises him about Trump's behavior. All the rules have been thrown out. He tries to keep up with what's going on, cross-referencing news sources, but it's constant madness.

In a 2017 interview, Blythe spoke to Yahoo! about the fact that Trump portrayed the nation during the election as a corrupt, collapsing dystopia that needed to be saved. "President Trump sold this fantasy that we're going to return to the 1950s and be in some sort of idyllic Beaver Cleaver world that was only good for middle-class white Americans in the first place," the singer said. "And that idea is gone. It's dead and it's not a valid option in this modern world. We're not going to batten down the hatches and shut the rest of the world out. Life doesn't exist that way anymore. Basically, the world is a mess and all you can do while this shitstorm is going on is try and be a moral person, at least, and not pay attention to too much of that noise. I do my best to do the right thing in my personal life because I sure as fuck can't change what’s going on in the Oval Office."

Blythe went on to say that current political situation in the country "would be hilarious to me if it wasn't also horrifying at the same time. You know, we have this infuriated orange bowl of sherbet in the Oval Office," he said. "If you're going to be a politician, at least be slick about it. But I don't know. Maybe he's brilliant. The way he got elected with this blitzkrieg of napalm across the misanthropic synapsis of middle America is kind of genius. We're going to make America great again? Whatever. It means nothing. I never thought America was bad in the first place. But he instilled a massive amount of fear and then said, 'I am the Messiah.' So, you know, when America doesn't become great again, what's gonna happen?"

LAMB OF GOD is touring behind its covers album, "Legion: XX", which was released in May under the BURN THE PRIEST banner via Nuclear Blast in Europe and Epic Records in the U.S.