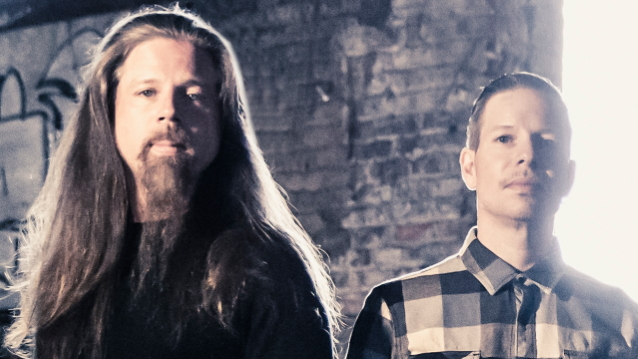 LAMB OF GOD's WILLIE ADLER Says He Hopes His Brother CHRIS Is Doing Well: 'I Haven't Talked To Him'

Willie Adler says that he hasn't spoken to his brother, ex-LAMB OF GOD drummer Chris Adler, for quite some time following Chris's departure from the band.

LAMB OF GOD officially parted ways with Chris in July 2019. His replacement is Art Cruz, who has previously played with PRONG and WINDS OF PLAGUE, and filled in for Adler on several LAMB OF GOD tours in 2018 and 2019.

Willie also talked about the emotional complexities of playing in LAMB OF GOD without his brother, who had co-founded the band more than a quarter century ago.

Last October, Chris said that things were "weird" but "friendly" between him and his brother.

"You know, it's blood," he explained to the "Elliot In The Morning" radio show. "It's kind of one of those things, and not that this is the case, but with family, there is a level of disrespect that's somehow tolerated, [where] it wouldn't be with friends or whatever. And I don't think there's any real disrespect going on here in either direction. So, yeah, we're gonna be fine."

Asked if he waas still friendly with the other guys in LAMB OF GOD, Chris said: "We've spent 26 years in a bus, a train, a plane. There's not much left to talk about. We've explored our friendships to the fullest."

LAMB OF GOD's first studio album without Chris, simply titled "Lamb Of God", came out in June via Epic Records in the U.S. and Nuclear Blast Records in Europe.