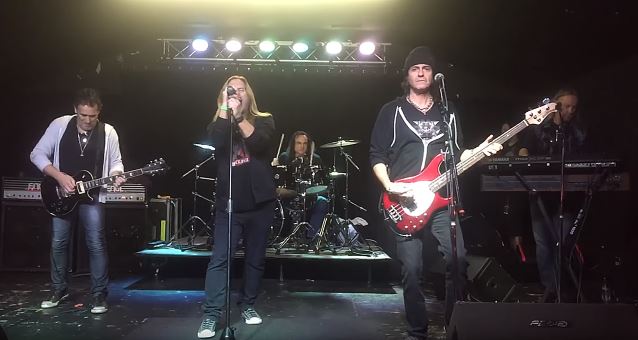 Video footage of LAST IN LINE's October 28 pre-concert VIP soundcheck at the Boardwalk in Orangevale, California can be seen below.

LAST IN LINE recruited Phil Soussan (OZZY OSBOURNE, BEGGARS & THIEVES, Steve Lukather) to play bass for the group for all dates in support of "Heavy Crown". Also joining them at the shows is virtuoso keyboardist Erik Norlander (Lana Lane).

In a recent interview with Rock Today, Campbell spoke about LAST IN LINE's decision to carry on as a band, with Soussan taking Bain's place. He said: "Jimmy was a great riff writer, and [the band] really meant so much to him, and that's the only reason why I feel we can continue to do this, because when Jimmy passed away, the initial effect on me was, 'Fuck it! That's it. We're done.' We'll put the [first LAST IN LINE] record out and that's the end of it, but on reflection, Jimmy put so much into this record, as indeed we all have, that we owe it to him and we owe it to ourselves and our legacy to work this record."

He continued: "We did have a tour planned for immediately after the record was released, but we obviously canceled that tour. We ended up doing some of the key shows a couple of months later like the Frontiers festival in Milan and we did the Rocklahoma festival at the end of May, but on reflection, it was important to us. It meant too much. The response to the record also helped fuel that decision, because people did genuinely respond to it and say, 'Hey, this is a great record. It's what we've been waiting for years,' so that obviously buoyed us a lot and we licked our wounds and picked it up and we were very fortunate that we got Phil Soussan, who's about as close as you can get to someone who plays in that style that Jimmy does."

Vivian added: "Phil knew Jimmy for years and years. We were all friends. He played for Ozzy for years and years. He gets what it's like to play that kind of aggressive, time-keeping percussive bass guitar like Jimmy did, so it's never going to be quite the same. No two people ever play the same — guitar, bass players, singers — we're all unique like our finger prints and that's what makes great bands and the chemistry as the interaction of these individuals. It's as close as we're going to come playing with someone like Phil Soussan and we owe it to Jimmy and his memory and the musical legacy that we have together. We finally decided we have to continue to do this, but it was a painful decision." 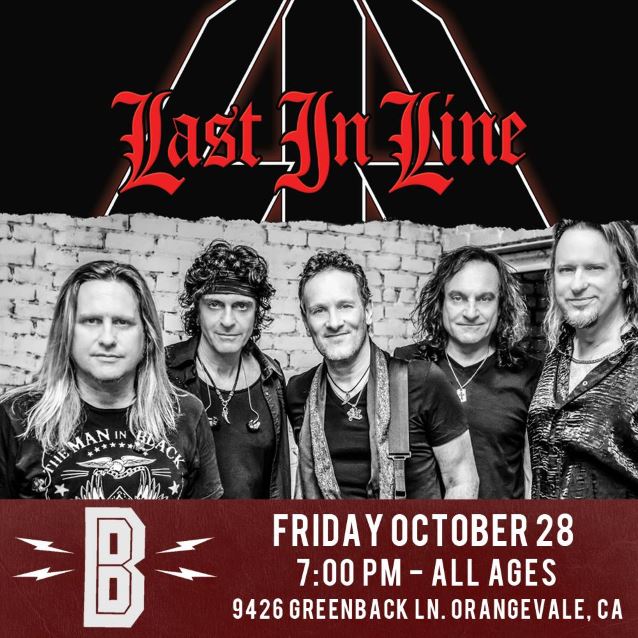