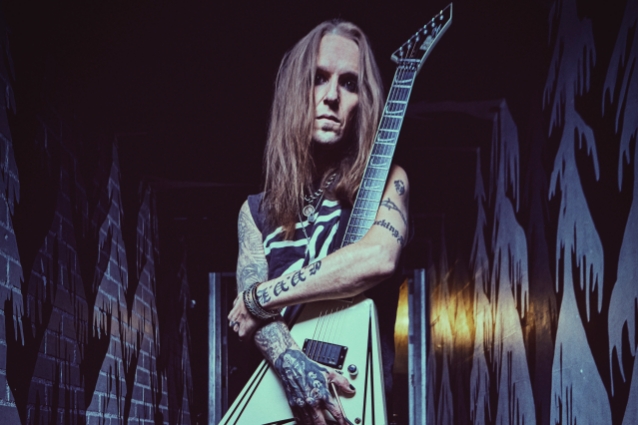 Musamaailma, the Finnish retailer, importer and wholesaler of musical instruments, is currently selling gear personally owned and used by the late CHILDREN OF BODOM and BODOM AFTER MIDNIGHT co-founder, guitarist and frontman Alexi Laiho, who passed away in December 2020.

Musamaailma is selling these items as an assignment by the Alexi Laiho estate, through an offer-based auction that ends May 2, 2021.

The auction and more information on the items with descriptions and images can be found at Musamaailma's site.

Laiho inspired millions of people around the world with his music and his guitar playing skills. He was undeniably one of the most influential metal guitarists of his generation and has left a lasting impact that will live on through his music. Thanks to Alexi, countless people young and old have started playing guitar. Alexi's signature guitars and his signature tone are some of the most sought-after things by metal guitarists worldwide. This is a unique chance to acquire his gear to achieve exactly the same tone Alexi used live and in the studio.

Musamaailma cooperated with Alexi since he was an up-and-coming guitarist. CEO Kai Saarikko states: "We supported him through the years and became friends. After his untimely passing, Alexi's estate contacted us, and due to our long history with Alexi, we are now handling the sale on their behalf." The sale has already gained interest around the world, with offers coming in from South America, Asia and North America. The sale has also been reported by MTV3, one of the largest domestic TV channels in Finland, as well as Soundi, one of the largest Finnish popular music magazines.

BODOM AFTER MIDNIGHT has just released an EP, "Paint The Sky With Blood", via Napalm Records. The effort was recorded in Finland back in 2020 and was meant to be the beginning of an exciting new chapter. Sadly, that chapter ended far too soon with the passing of Laiho. 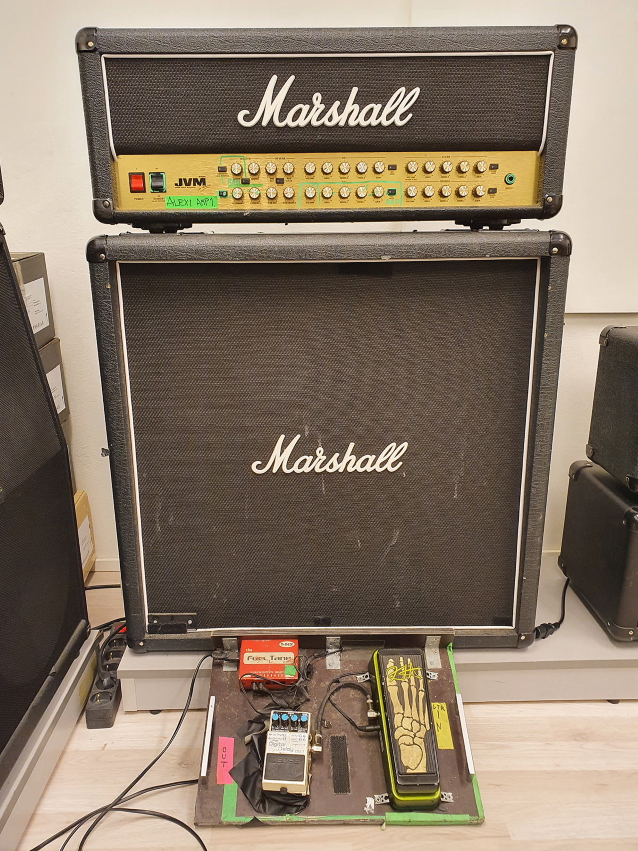