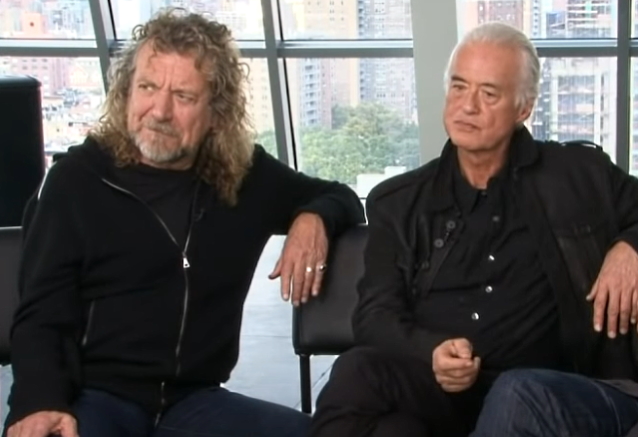 LED ZEPPELIN legends Jimmy Page and Robert Plant have paid tribute to the band's former tour manager Richard Cole, who died on Thursday (December 2) at the age of 75.

In addition to working with LED ZEPPELIN from 1968 to 1980, Cole worked with Eric Clapton, BLACK SABBATH, Lita Ford and Ozzy Osbourne, among others.

Page remembered his longtime friend fondly, writing on social media: "Yesterday, on the 2nd of December at 2.05am, Richard Cole passed after a brave and lengthy fight against cancer.

"Richard and I went back a long way and he had been recruited by Peter Grant to be tour manager with THE YARDBIRDS Keith Relf, Jim McCarty, Chris Dreja, and myself during our American touring schedule of underground venues. He was with me at the time that band folded and when I formed @ledzeppelin.

"From the time of the rehearsals at my home at Pangbourne through to the touring of the USA, we witnessed the phenomena that was LED ZEPPELIN. He was there for the first and last concerts of the band.

"He was a brother and a friend to the end. Goodbye my dear friend. They were special times and so were you."

In 1992, Cole published a book, "Stairway To Heaven: Led Zeppelin Uncensored", which included claims of drug use and on-tour excesses and was not authorized by the surviving members of LED ZEPPELIN. Page told Guitar World in 1993 about the tome: "There's a book written by our former road manager, Richard Cole, that has made me completely ill. I'm so mad about it that I can't even bring myself to read the whole thing. The two bits that I have read are so ridiculously false that I'm sure if I read the rest, I'd be able to sue Cole and the publishers. But it would be so painful to read that it wouldn't be worth it."

Cole and LED ZEPPELIN eventually made amends, and he was later seen at the band's 2007 reunion show and the "Celebration Day" film premiere in 2012.