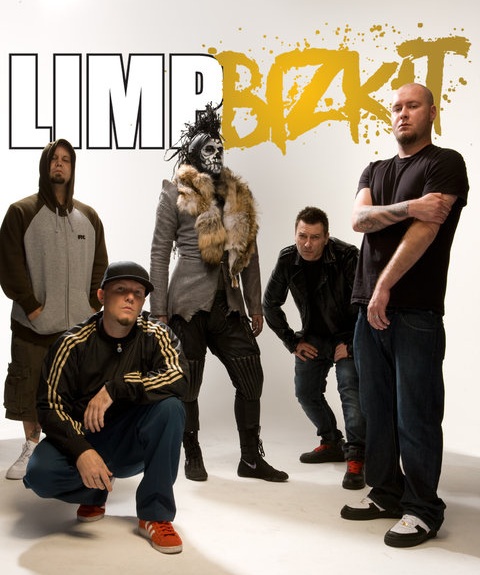 LIMP BIZKIT has set "Stampede Of The Disco Elephants" as the title of its new full-length album, due later in the year via Cash Money Records, the American hip hop label founded in 1991 by the brothers Bryan "Baby" Williams (a.k.a. Birdman) and Ronald "Slim" Williams. In addition, the band is working on the follow-up to its 2005 EP, "The Unquestionable Truth Part 1", which will be made available as a separate release.

Regarding the upcoming album, Durst told Kerrang! magazine, "'Stampede...' has got to have something sizzling about it that's more universally accepted. Some of the songs have an urban feel. We're writing all different sorts of tracks and it seems like the songs going into that basket are ones that girls can like as much as guys who like rock."

LIMP BIZKIT last year parted ways with Interscope, the label that released all of the band's records thus far through its subsidiaries Flip, Geffen and Suretone Records. According to Durst, that there had been interest from a number of record labels in signing the band, but that they all "had the wrong mentality". He added, "It was probably a year and a half ago that we knew that we needed to get off this particular ship [then-label Interscope], which seemed to be lost. There were some really cool people coming to the plate who were really excited about the brand LIMP BIZKIT, which seemed the wrong mentality. And when I met Cash Money guys, there was a different dialog there."