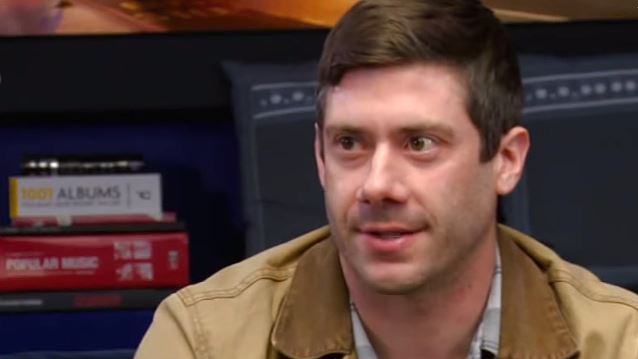 During a brand new interview with Metal Insider, LIMP BIZKIT guitarist Wes Borland spoke about the status of the band's long-awaited new album, still thought to be titled "Stampede Of The Disco Elephants", which the group has been working on since 2012.

"To be blatantly honest about it, the new album has gone through so many different alterations and so many different sessions… I mean, we've gone into five different studios now," he said. "I think we're up to 28 songs, or maybe even more. And those are completed songs. Fred [Durst] has been working on vocals in his home studio nonstop for months and months. He's told me that he's almost finished, but I don't know what amount of the 28 songs has been finished. I know that he re-records and trashes vocals all the time. I don't know, I think he's in a mode where he's liking something that he's doing and not liking other stuff. But I think he's just now starting to feel a lot more confident in what he's putting in the songs."

He continued: "The album's really weird. There's a lot of weird things that we did, that we tried. There are things that aren't really full songs… Basically, we bit off a huge chunk and now we're trying to make sense of it. So I think it'll be out this year. If it's not… I don't know. [Laughs] I think it'll be out this year… I can't imagine it’s going to be much longer. I know Fred's been in his studio almost every day for months, just grinding away."

Fred Durst previously told TeamRock Radio about the musical direction of "Stampede Of The Disco Elephants": "It's a little crazier than usual. It's more off the wall, pretty outrageous. It's hard to explain, but I think this will be the one which changes the way we make music from here on out. The way 'Paul's Boutique' did for the BEASTIE BOYS."