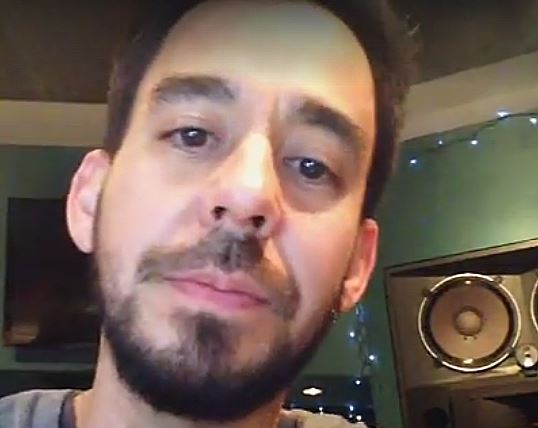 LINKIN PARK has returned to the studio to continue work on the follow-up to 2014's "The Hunting Party" album.

The band's Mike Shinoda offered an update on the sessions during a live chat with fans earlier today (Friday, January 15). He said: "It's going well. It's gonna be [released] later… It's probably, like, second half of this year, I think. But we've started on it. We've got some songs [in the works]. They're mostly just like words and melodies at this point. All the guys are really… I think everybody is pretty happy with where things are at. [Guitarist] Brad [Delson] and [singer] Chester [Bennington] have been coming in with me a lot and it's like… I feel like it's really a good start. We don't have any names for the songs or anything like that. But we're back at the… We did our last two records here, I think… And, yeah, it's mostly just vocals and piano and guitar — like, acoustic guitar — and some samples and stuff at this point. And even as stripped down as that is, I think we're all really happy and we're really excited about where things are going."

LINKIN PARK began work on a new album late last year, with Shinoda telling NME: "I have no idea what it'll sound like yet. It won't sound like 'The Hunting Party'. We like to surprise people."

"The Hunting Party" was released in June 2014 and produced the hit singles "Guilty All The Same" and "Until It's Gone".

The album was described as something of a throwback to the hard-hitting rap-rock sound of the first two LINKIN PARK LPs — the group's 2000 debut, "Hybrid Theory", and 2003 follow-up, "Meteora".

Bennington spent a couple of years touring as the singer of STONE TEMPLE PILOTS, although he and STP amicably split in November.