Swedish heavy metal band LION'S SHARE has made a new song, "Run For Your Life", available on streaming services and digital service providers.

LION'S SHARE guitarist Lars Chriss commented: "These heavy and doomy riffs are what's closest to my heart and what comes out most natural when I pick up a guitar and play. I love how this song came out and how the different parts are like a reaction to the previous one. Like an epic journey through different moods."

LION'S SHARE singer Nils Patrik Johansson added: "Since both Lars and I are huge fans of the 'Stranger Things' TV series, we wanted to write something to show our love. 'Stranger Things' is truly a show for '80s metal nerds like us. We also hired awarded video maker Niklas Nieminen to make a lyric video that captures the style of the show."

"We are aware our fans want a new album and the plan was to release one in 2020, but we all know what happened then," they said. "We had just started playing live again with a couple of headline shows in Germany in March and were gearing up towards a new album and tour. Since we think it's very important to tour behind a new album, we just have to wait until things go back to 'normal' again". Until then, we plan to release a new single every two or three months and keep building our fan base." 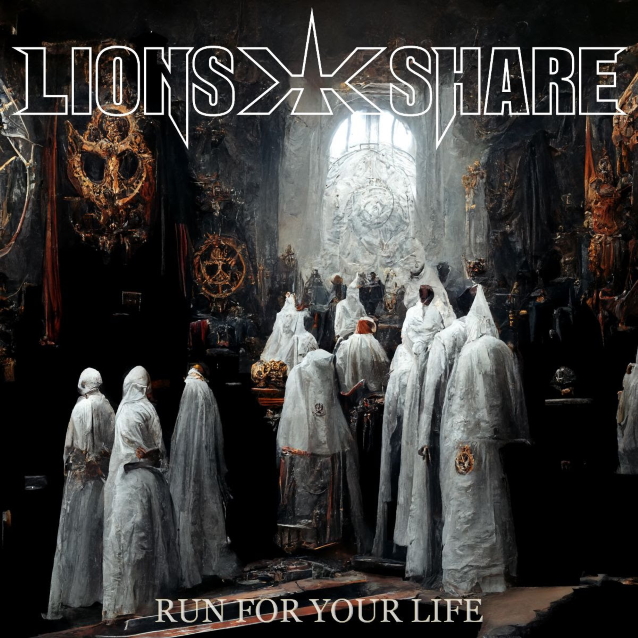