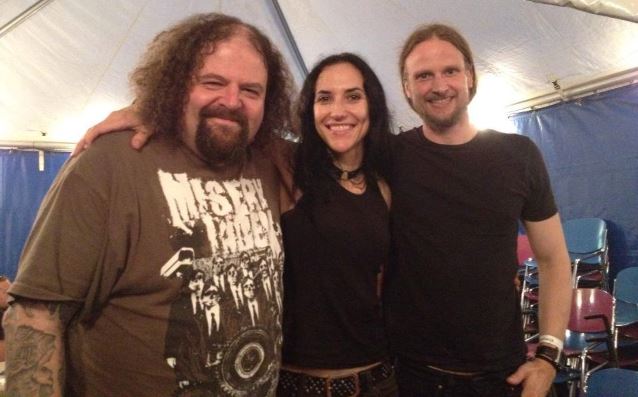 The first sample of the forthcoming LIQUID GRAVEYARD album in the form of the song "Red Eyed Angel", recorded and mixed at Sadman Studios in Madrid, can be streamed below.

Asked why LIQUID GRAVEYARD hasn't released a new CD since 2011, John Walker told Busuk: "Well, we released our second album in 2011 and then promoted it throughout 2012 and 2013. LIQUID GRAVEYARD was a different band then — more experimental, avant-garde metal. It was in 2013, at the Stonehenge metal fest in Holland, that we played with LOCK UP and the idea of working together was born."

Regarding the meaning of the LIQUID GRAVEYARD band name, John Walker said: "We came up with that name after some horrible events that happened some years ago, and, unfortunately, keep happening every year. People from Africa trying to get into Europe in those crappy boats that end up sinking in the middle of the sea, which becomes then a LIQUID GRAVEYARD."

LIQUID GRAVEYARD's debut album, "On Evil Days", was released in 2009 via My Kingdom Music.