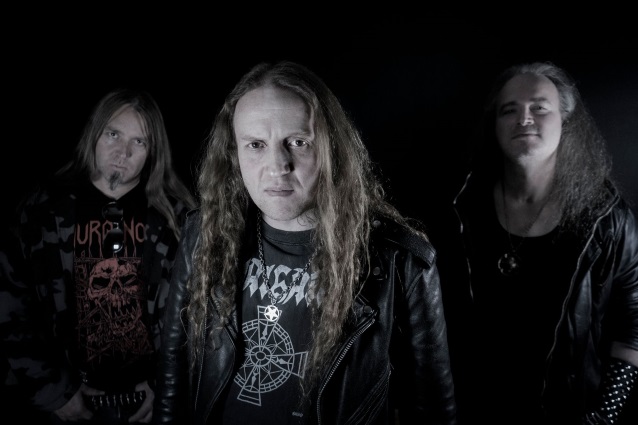 Norway's reapers of blackened thrash AURA NOIR have unleashed their new single, "Shades Ablaze". The track appears on the band's forthcoming, sixth studio album, "Aura Noire", which will be released on April 27 via Indie Recordings.

"'Shades Ablaze' is one of the few tracks on the album featuring Apollyon on vocals," states AURA NOIR's Aggressor. "One of the faster songs. Watch out for Apollyon's South American-inspired drumming near the end. A homage to old SARCOFAGO and ancient SEPULTURA."

With "Aura Noire", a title which quite distinctly resembles the band name, AURA NOIR churns through some of the most refreshing-yet-nostalgic tracks of thrash metal ever to be heard. The album opens with probably one of the most retrospect of riffs, but suddenly summersaults you into the gloriously dissonant and immersive AURA NOIR atmosphere. The soaring and burning shouts of Aggressor intensely glues the otherwise quite varied and playful guitar riffs and drums together, culminating into the essence of thrash that is AURA NOIR.

The first AURA NOIR recording occurred in the winter of 1994, at first an auxiliary outlet for a creatively inexhaustible Aggressor. Perhaps unsurprising from a man whose credentials included such left-field legends as ULVER and VED BUENS ENDE, this untitled demo is unsettling and manic in tone, stylistically restless and eclectic but with a strong and distinctive musical presence. While the disparate ideas present here would be further explored and perfected by Aggressor later with VED BUENS ENDE and VIRUS, it seems AURA NOIR's true purpose would be to address a more distinct deficit. 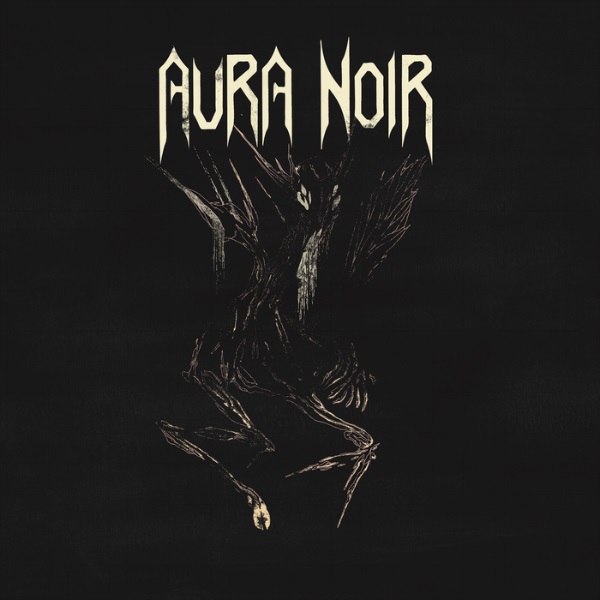