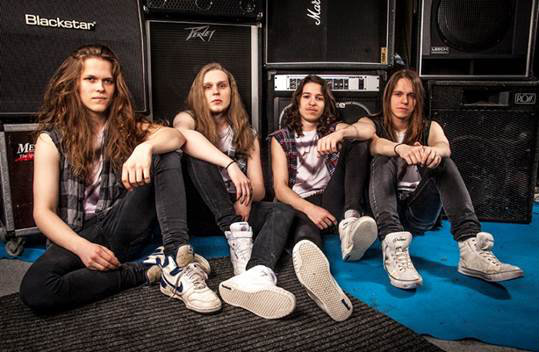 The official video for "Terror Hungry", the title track of the new album from Finnish thrashers LOST SOCIETY, can be seen below. Due on April 4 via Nuclear Blast Records, the CD was produced by Nino Laurenne (AMORPHIS, ENSIFERUM, LORDI) at Sonic Pump studios (FINNTROLL, SONATA ARCTICA, OMNIUM GATHERUM),and it sees the "Finns shred their way with the energy and speed of an out-of-control freight train, rolling downhill on the way to thrash Olymp," according to a press release.

The "Terror Hungry" artwork was created by Jan Meininghaus (BOLT THROWER, SICK OF IT ALL, U.D.O., HOLY MOSES).

Comments LOST SOCIETY mastermind Samy Elbanna: "We were totally blown away with the sketch we got, and even more so when we got the final artwork!!

"The cover really fits the theme of the album as it has a more dark feel to it and it's brutal as fuck! The dude holding the bloody machete is definitely terror hungry!

"Jan did an awesome job; this cover is sick!"

Adds Meininghaus: "I was asked to do LOST SOCIETY's new album cover and first of all I had to face the fact that I had to follow their debut album's art that was created by the legendary Ed Repka. One of the true heros of my own thrash-metal days. So I decided to go a different way and create the band's cover idea in a much darker and less cartoony mood than the debut's.

"LOST SOCIETY's musical style and their approach to metal is very '80s Bay Area to me, so I thought it might be fun to paint something that might have been on one of those record covers these days.

"I listened to LOST SOCIETY and my old EXODUS, TESTAMENT and FORBIDDEN vinyls and it was a blast to come up with 'Terror Hungry' artwork!"

The song "Lethal Pleasure" can be streamed in the YouTube clip below.

Says Samy Elbanna: "'Lethal Pleasure' was one of the first songs we wrote for the new album and it has very traditional speed metal feel to it with some killer shred solos and some groove! The song is one of the less dark-themed songs on the album; it just makes you wanna scream and fuckin' bang your head! The song is basically about what we’re doing: thrashing out is our lethal pleasure!!" 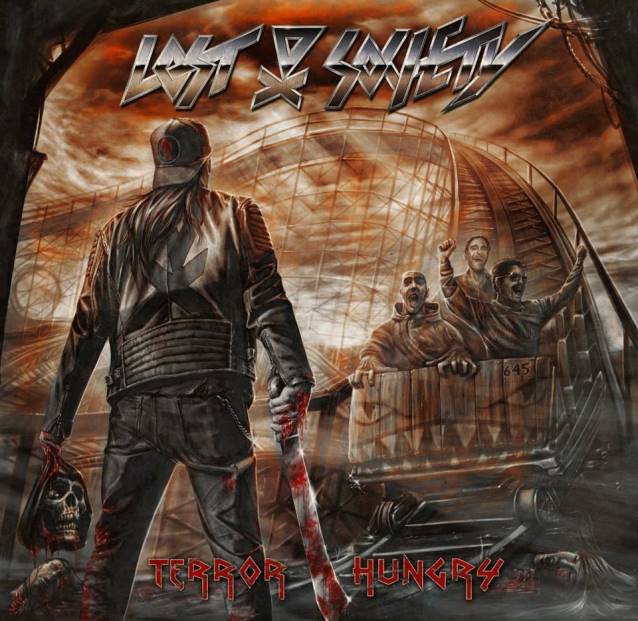