LYNCH MOB — featuring guitarist George Lynch and lead vocalist Oni Logan along with bassist Tony Franklin (THE FIRM, BLUE MURDER) and drummer Brian Tichy (WHITESNAKE, THE DEAD DAISIES) — will celebrate the 30th anniversary of the band's debut album, "Wicked Sensation", by embarking on a 2020 world tour. The trek will see the quartet perform "Wicked Sensation" in its entirety along with select songs from Lynch's time with DOKKEN.

So far, two shows have already been announced: March 20 at Debonair Music Hall in Teaneck, New Jersey; and March 21 at the Stereo Garden in Patchoque, New York. Support on the dates will come from the L.A. GUNS version featuring Steve Riley and Kelly Nickels.

In October, Lynch said that the next LYNCH MOB album would feature vocalist Andrew Freeman (LAST IN LINE),who had been playing select shows with the group following the latest departure of Logan. However, in December, George revealed that singer Joe Retta (SWEET, HEAVEN & EARTH) was beginning to lay down vocal tracks on the disc, which will also feature drummer Jimmy D'Anda. Bassist Sean McNabb, who announced his exit from LYNCH MOB in November, will not appear on the new LP. 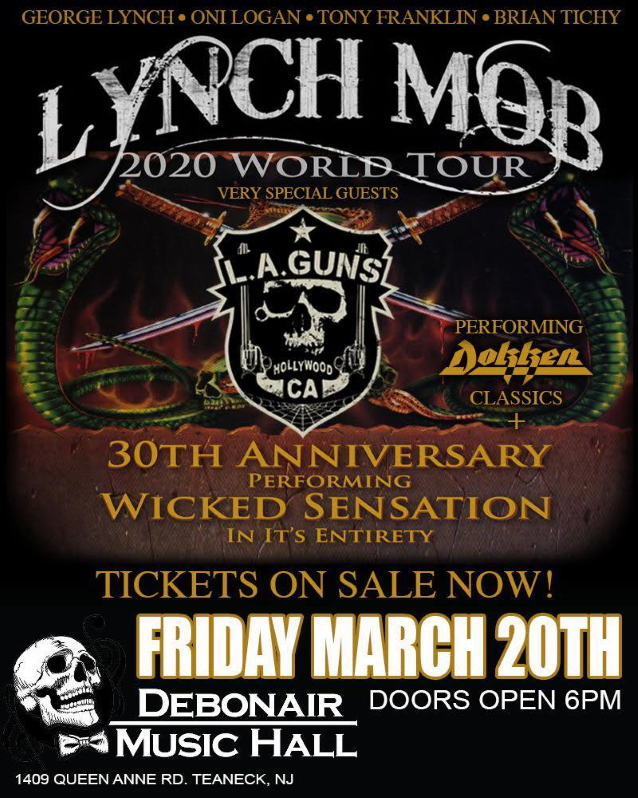