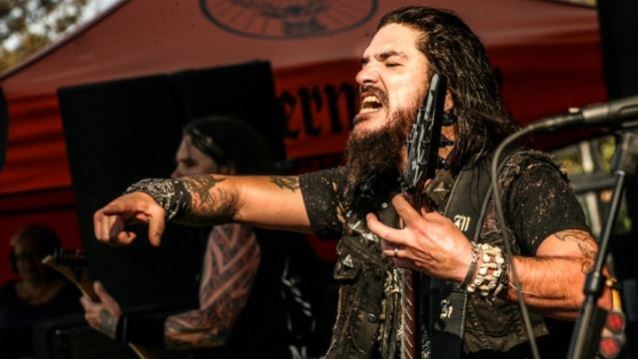 After over a year of dialogues with various record labels, San Francisco Bay Area metallers MACHINE HEAD have decided on a new home with the newly launched arm of Nuclear Blast Records, Nuclear Blast Entertainment, headed by the band's longtime friend and former Roadrunner A&R guru Monte Conner. Excitement runs high in both camps. Conner says: "I feel incredibly fortunate to say I have signed MACHINE HEAD — for the third time! They wrote one of the greatest metal albums of all-time as their debut and then turned around and beat it 13 years later.

"MACHINE HEAD have produced some of the best material of their storied career over the course of their last three records, and like a fine wine, they just keep getting better with age. The songwriting in this band is beyond evolved compared to the majority of their peers, and as a lyricist, Robb Flynn is second to none. On the live front, you'd be hard-pressed to find a more commanding and dominating band."

Continues Conner: "Ever since the launch of Nuclear Blast Entertainment, one of my main goals has been to reunite with MACHINE HEAD.

"I am grateful to MACHINE HEAD for continuing to put their trust in me as well as my new partners at Nuclear Blast, who share my passion for and commitment to the band."

Adds MACHINE HEAD guitarist/vocalist Robb Flynn: "Monte Conner has believed in MACHINE HEAD for 20 years — his belief has never wavered — and we are extremely proud to work alongside him once again.

"When I visited the Nuclear Blast compounds in both Germany and Los Angeles last year, the vibe and spirit that Markus Staiger, Gerardo Martinez and their respective teams created took me back to the spirit of the old Roadrunner Records days, back when bands like OBITUARY and SEPULTURA were changing the world with their music. Everyone believes, everyone wants it for the right reasons, it's about creating and respecting a culture, about pioneering new ways for people to discover great music."

Nuclear Blast founder/owner and longtime MACHINE HEAD supporter Markus Staiger states: "There's no doubt that MACHINE HEAD is one of the most influential modern day bands. Just listen to their debut album which still sounds like it's been recorded just a few months ago — sound-wise as well as in terms of songwriting! Or check out their recent metal masterpiece 'The Blackening', which shows the band is still peaking and is more vital than ever.

"I've been a huge MACHINE HEAD fan from day one and I've always followed them through all the different stages of their career. So it is a real honor for me to finally be working with them, having them join the Nuclear family and kicking some major ass worldwide for and with MACHINE HEAD!

MACHINE HEAD will enter the studio in late October to begin recording its eighth album for an early 2014 release. Tentative songtitles set to appear on the CD include "Killers & Kings", "Beneath The Silt", "Ojos De La Muerte", "Sail Into The Black" and "Night Of The Long Knives".

MACHINE HEAD's next album will be the band's first with new bassist Jared MacEachern, who replaced Adam Duce this past spring.

MACHINE HEAD's most recent studio release, 2011's "Unto The Locust", entered The Billboard 200 chart at position No. 22 — putting them in the Top 25 for the first time in the band's history. The CD was the follow-up to the 2007 metal milestone "The Blackening", widely hailed as one of the finest metal albums of the last decade, which led the band to an extensive three-year tour, sharing the stage with such heavy hitters as SLIPKNOT and METALLICA.

All photos by Chad Lee of RockConcertFotos.com 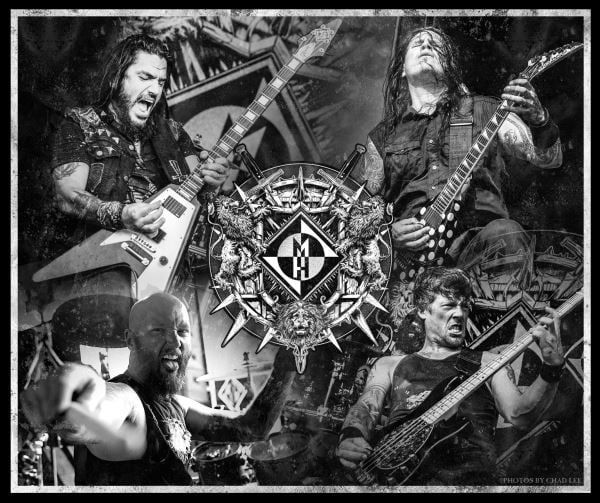