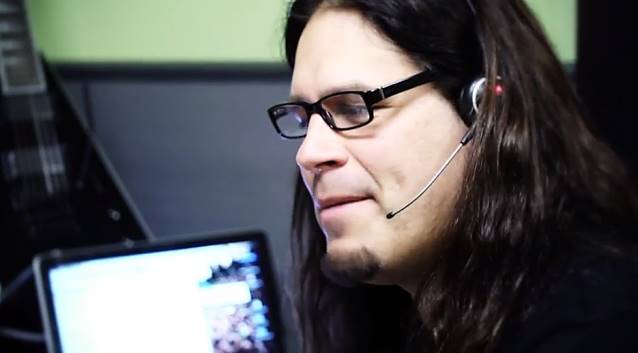 A new two-minute commercial for Jackson guitars starring MACHINE HEAD's Phil Demmel can be seen below.

Clip description: "Even when he's not on the road, Phil Demmel is a hard worker.

"The MACHINE HEAD guitarist recently put in some overtime at the Jackson offices taking orders over the phone, and it's safe to say that some calls went smoother than others..."

MACHINE HEAD in April celebrated the tenth anniversary of Demmel becoming an official member of the band.

Demmel joined MACHINE HEAD a decade after his previous band, VIO-LENCE, broke up; VIO-LENCE being the band that he and Rob Flynn, MACHINE HEAD's lead singer and guitarist, launched together as teenagers. Robb went on to form MACHINE HEAD in 1992 and Phil joined them in 2003.

After over a year of dialogues with various record labels, MACHINE HEAD recently decided on a new home with the newly launched arm of Nuclear Blast Records, Nuclear Blast Entertainment, headed by the band's longtime friend and former Roadrunner A&R guru Monte Conner.

MACHINE HEAD will enter the studio in February to begin recording its eighth album for a late 2014 release. Tentative songtitles set to appear on the CD include "Killers & Kings", "Beneath The Silt", "Ojos De La Muerte", "Sail Into The Black" and "Night Of The Long Knives".

MACHINE HEAD's next album will be the band's first with new bassist Jared MacEachern, who replaced Adam Duce this past spring.