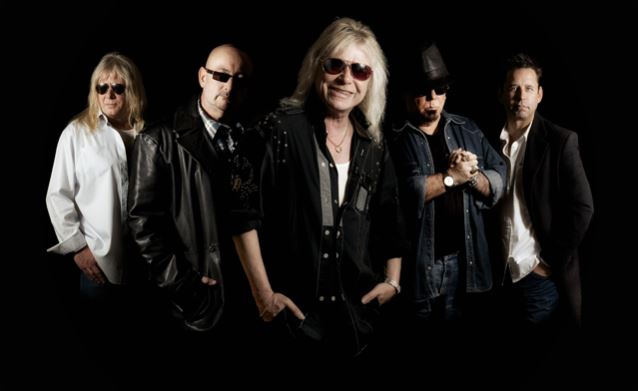 In Germany and Sweden, the numbers represent MAGNUM's highest chart entries since 1990, and in England and Switzerland since 1992.

"Escape From The Shadow Garden" was released on March 25 (one day earlier internationally) via Steamhammer/SPV. The effort was made available as a limited digipak edition with bonus material, as a double colored vinyl LP, standard jewel case CD and download. The cover artwork was once again created by famous fantasy artist Rodney Matthews (ASIA, NAZARETH, ELOY).

"We used to be under permanent pressure from our record companies," says MAGNUM mastermind Tony Clarkin. "They kept calling us, demanding hit singles and radio numbers. But that sort of thing doesn't work on demand. Now we're with SPV, where it's a totally different situation. They give us the necessary time and trust us to do the right thing. That's probably the reason why I enjoy working with MAGNUM again."

Clarkin's regained joy in his band is omnipresent on "Escape From The Shadow Garden". Just like his simple-yet-logical work ethos. "I simply told myself: you're a passable guitarist, so you should play the guitar," he says. "As the band's guitarist and producer, I have all the freedom I need to create exactly what I feel like creating." The result of his latest burst of creativity consists of eleven wonderfully melodic rock songs which blend all the typical MAGNUM ingredients, sounding in a fascinating way both timeless and classic.

"This band has certain unmistakable trademarks," Clarkin explains. "Among them are my feel for melodies and Bob's unique vocal style."

Only a month after the release of its predecessor, "On The 13th Day", Clarkin started with the preparations for "Escape From The Shadow Garden" — as always, an exciting phase in his life.

"Before you haven't recorded and mixed every single note, you never really know whether you'll be happy with the result," he says.

"When I heard the final version of the eleven new songs with their different stories and diverse arrangements, I knew it had turned into an impressive and complete album.

"Together with the great cover artwork designed by Rodney Matthews, this is a release which forges an arch to the early days of MAGNUM's career. And that's wonderful!

"I was really happy when my friend Jimmy Lea of SLADE came to visit me at the studio again and said: 'You've done it again?'

"It doesn't matter whether by sheer luck or hard work — life could have gone a totally differently way."

Check out audio samples using the SoundCloud widget below. 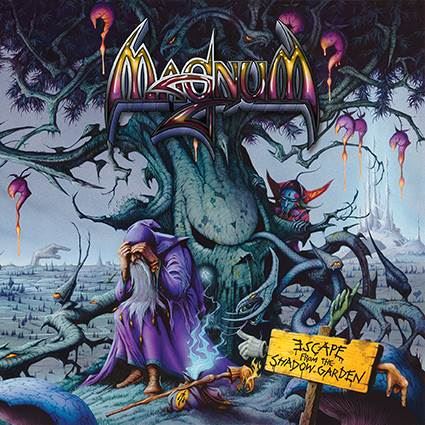