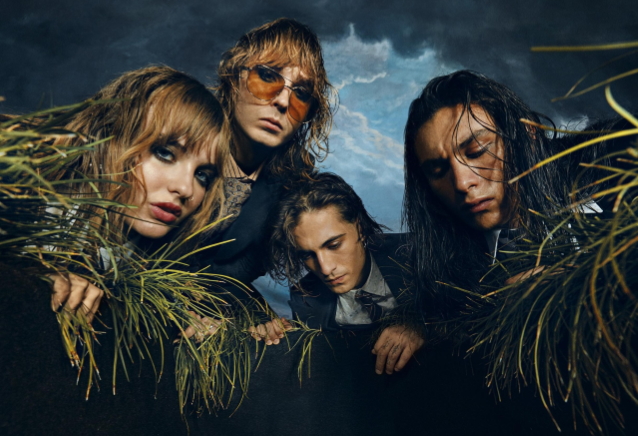 Italian rockers MÅNESKIN will release their new album, "Rush!", on January 20, 2023. The follow-up to 2021's "Teatro D’ira: Vol. I" and 2018's "Il Ballo Della Vita" is expected to include the new track "Kool Kids" which MÅNESKIN debuted during its ongoing world tour.

Earlier this month, MÅNESKIN released a new track called "The Loneliest", accompanied by a music video which saw the band attend a gothic funeral.

Other songs released this year that may appear on "Rush!" are "Supermodel" and "If I Can Dream", the last of which was featured on the soundtrack to Baz Luhrmann's "Elvis" biopic.

Earlier this year, MÅNESKIN told U.K.'s Kerrang! magazine that "probably 50" songs have been recorded for "Rush!", which saw the band tracking in Los Angeles with Swedish producer Max Martin, among others.

As for the musical direction of the upcoming album, each member had their own sound bite description in a recent interview with RTÉ Entertainment, with bassist Victoria De Angelis describing it as "energy", lead singer Damiano David opting for "360", drummer Ethan Torchio choosing "timeless" and guitarist Thomas Raggi picking "diverse". Among their inspirations while making the album were ARCTIC MONKEYS, QUEENS OF THE STONE AGE, RADIOHEAD, Dua Lipa, Sam Fender and Paolo Nutini.

"In L.A., I had the chance to work with some of the biggest songwriters in the world, and they gave me some very, very good advice on how to write a song properly," David said. "I think that I'm definitely more skilled now."

MÅNESKIN will kick off the U.S. leg of its "Loud Kids" world tour tonight (Monday, October 31) with a sold-out show at The Paramount Theatre in Seattle, followed by more West Coast concerts this week, and extensive shows nationwide through December 16.

The group, whose name is Danish for moonlight, a tribute to the home country of Victoria, will launch a European tour in Italy on February 23, with dates running through May in Estonia.

MÅNESKIN's breakthrough came last year with a win at the Eurovision Song Contest and a cover of THE FOUR SEASONS' "Beggin'", which was recorded in 2017 for the Italian version of the "X Factor".

MÅNESKIN's Eurovision-winning song "Zitti E Buoni" peaked at No. 22 on the Billboard Global 200. The follow-up single, "I Wanna Be Your Slave", reached No. 1 on Billboard's U.S. Hot Hard Rock Songs. 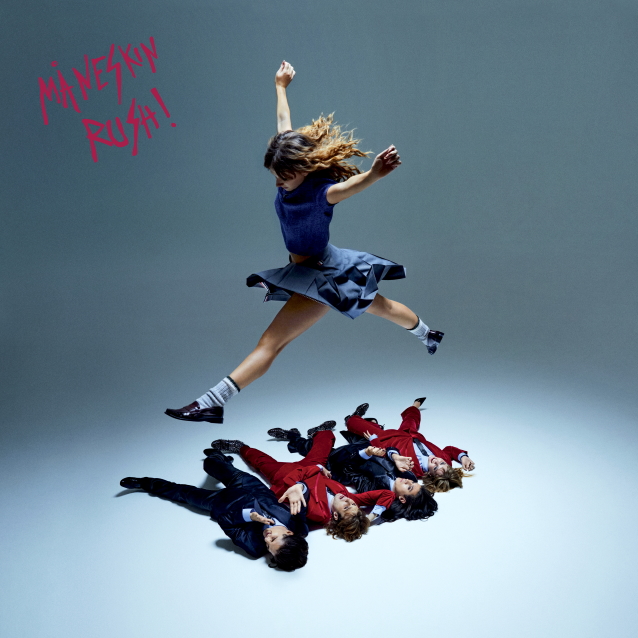