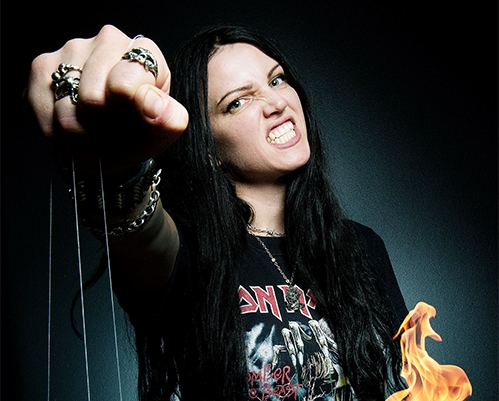 Emily is an Australian expat currently residing in Stockholm, Sweden. While most of her life has revolved around music, it was after seeing IRON MAIDEN — her favorite band — on their 2018 "Legacy Of The Beast" tour that the fires of obsession were stoked within.

"The show was so bloody spectacular I needed to see them again," commented Emily, "so before I knew it, five European tour dates later, I ended up with 24 concert tickets booked across the USA and Canada as well as many months of anticipation and planning ahead of me. Parallel to this, I also knew my impending operation is coming up and wanted to catch as many shows as possible while I was still 'whole,' if that makes sense."

Emily's life has been profoundly affected by breast cancer. Not only did she lose her mother, her aunt, and her grandmother to the disease, she's also tested positive for the genetic mutation BRCA-1 which leaves her at a significantly heightened risk of contracting it herself. As such, she'll be undergoing a preventative double mastectomy — surgical breast removal — in the not-so-distant future. As part of her mental preparations, Emily has embarked on what she describes as a kind-of "last hurrah" where she does certain things for the last time before her breasts are permanently removed. This is where IRON MAIDEN comes in.

"Because the trip is so crazy, lots of friends were asking me to document my travels on a private blog, as I have done in the past. After thinking about it, I realized I could take advantage of the extraordinary nature of this trip to set up a fundraiser for women who don’t have the same access to medical treatment as I do."

Having been to Peru several times in the past, Emily holds the South American nation close to her heart. However, despite its many hospitalities and sights, the medical care available to its populace leaves some room for improvement. Standard tools for detecting breast cancer are rarely available to most women, which means that more than 75% of Peruvian women who are diagnosed find out after the disease has progressed to stage three or beyond — when treatment is more expensive and less effective.

Emily decided to broadcast her adventures on an Instagram account, which one gains access to by donating to her GoFundMe campaign. The actual trip is entirely self-funded and paid for, all money collected will go to Club de la Mama INEN Neoplásicas in Peru.

"I'll be documenting as much as possible. I'm a very curious spirit so, besides all things MAIDEN, people can expect to see me wandering through graveyards, obscure historic landmarks, and no doubt getting up to all sorts of mischief! I've even planned some pretty ambitious attire too, outfits I'm sure the real IRON MAIDEN geeks will recognize and appreciate. A lot of people think I'm crazy for seeing the same show over and over again but, as I say to them, it's better than a heroin addiction." 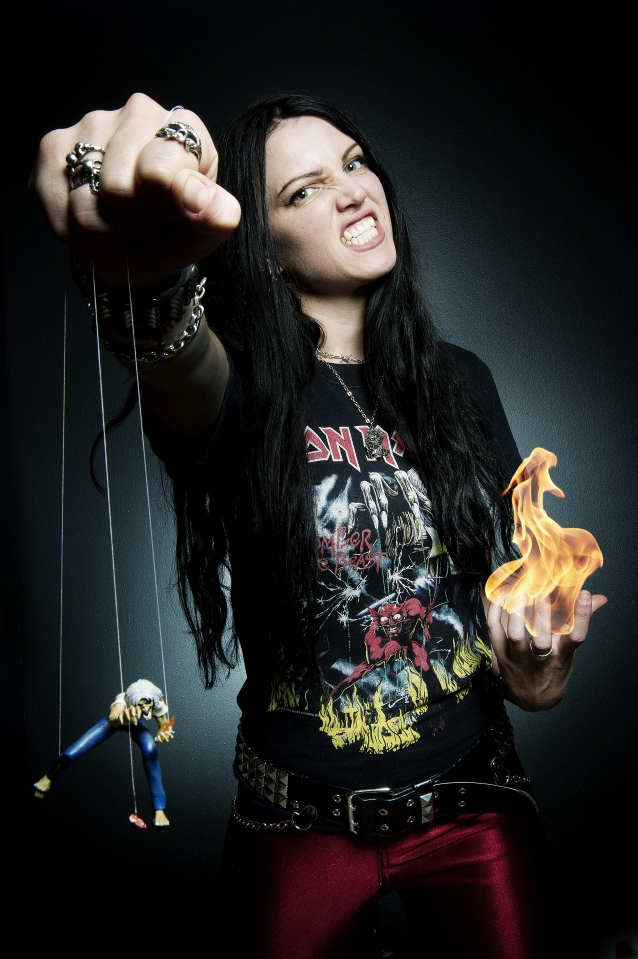