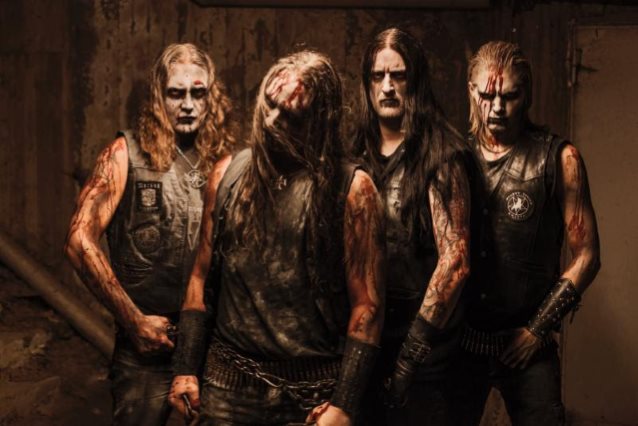 Guitarist Morgan Steinmeyer Håkansson of Swedish black metallers MARDUK has commented on the cancelation the band's concert in Oakland, California over concerns from police that the group would draw anti-fascist protesters.

Police said that MARDUK had been criticized for glorifying Nazi imagery and anti-Semitism.

The staff at the Oakland Metro Operahouse venue complied with a request from Oakland police to cancel the February 18 performance.

In a letter to the venue, police said that "based on the riot that occurred in Berkeley in regards to Milo Yiannopolous [a British journalist, author and former senior editor for Breitbart News, a far-right news and opinion web site] speaking at the university it is reasonable to believe that there would be a threat to public safety if these groups showed up to protest MARDUK."

Speaking to Metal Wani, Håkansson stated about the incident (hear audio below): "The whole thing about that, I think, was really blown out of proportion. It's actually a handful of kids who decide they wanna judge what people should listen to or see. It's the way they work there — not satisfied with anything in their lives, so they demonstrate and cause problems for other people. So I think it was really blown out of proportion. But the police decided to cancel it because of security reasons. Otherwise, the show would have happened, because the promoters wanted to do it, we wanted to do it. So it was just really blown out of proportion and giving air to those kind of people, so it was a bit retarded. But we'll be back over there. We're going back already in August/September."

The guitarist added that he wasn't disappointed by the outcome of the entire episode, explaining: "The world is really filled with retards, so shit will always happen. Every circus has its clown, so… whatever. Shit happens. I'm not gonna focus that much about it. We'll get over it like we have done with a lot of problems in the past. So it's no big deal."

Calls for the concert's cancelation came from the Anti-Fascist Action Bay Area group, which accused MARDUK of having "white supremacist ties" and pointed out that MARDUK's latest album, "Frontschwein", was written "entirely about the Third Reich."

In an interview with music blog Invisible Oranges shortly after the cancelation, Håkansson was asked if he identified with Nazi ideology. He plainly stated "No," explaining: "If you sing about something the way it happened and doing objective writing about it, what's the problem with it?

During the Metal Wani chat, Håkansson also offered a timeline for the recording and release of MARDUK's next album. He said: "We've done a lot of touring for the 'Frontschwein' album across most parts of this world, and we still have some to go, because we're gonna do the final touring… I think we'll be August and September over in North America — we're gonna do the U.S.A. and Canada again. And after that, I think we'll enter the studio around that time. We have completed a lot of music and everything is falling into its right place. We're just looking for the right option to enter the studio and then we'll see when. We're not gonna go out and speak a lot about it, but we will let everybody know when the album is completed; it'll be known. But we are far ahead in the process of it, so we're keeping busy, as usual."

Regarding whether MARDUK will experiment with new musical ideas on the upcoming effort, Håkansson said: "I don't know. We don't really sit down and try to be different or explore something new. For us, it's about making music and lyrics become one, and that takes us where it takes us. As I said, we have completed a lot of material, but it's also impossible to say how it will end up, because things have a tendency to change until the last day in the studio; things can change around a lot. So that will up to everybody to witness when the album arrives." 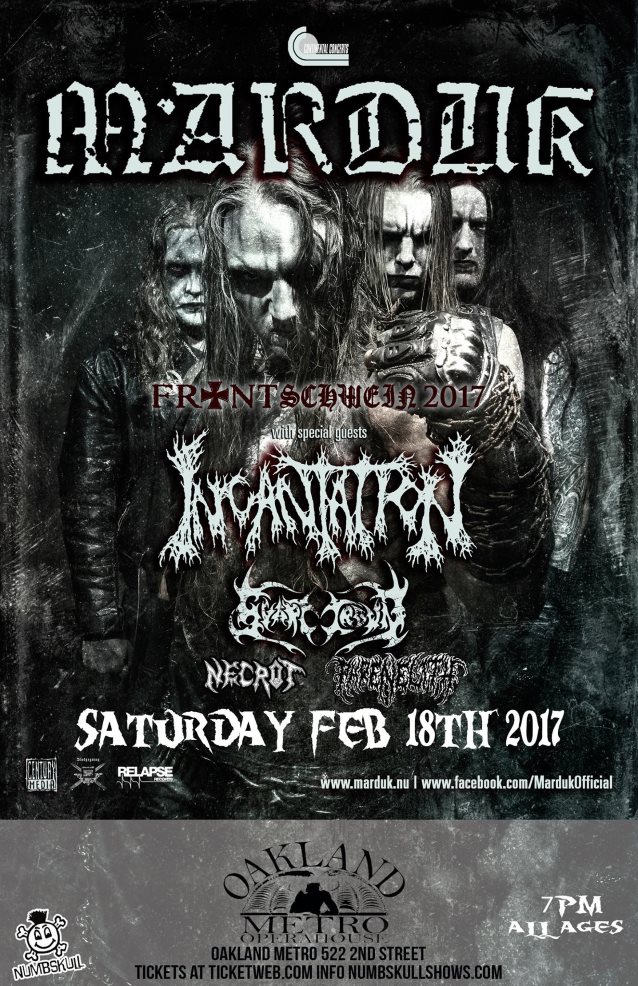