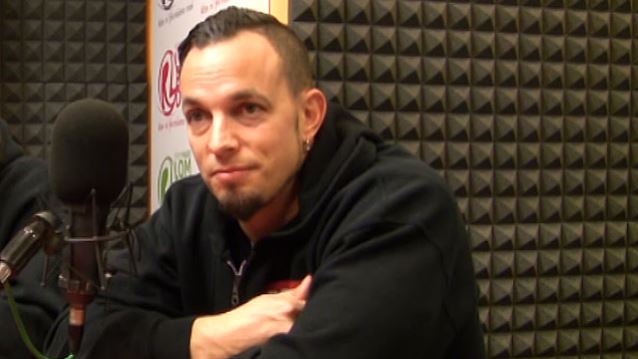 ALTER BRIDGE guitarist Mark Tremonti says that he is spending all his free time on the road writing material for the band's upcoming fifth album, tentatively due next summer.

Tremonti, who is on tour with his solo group, tells Italy's Linea Rock "[I'm] working every day [on the music for the next ALTER BRIDGE CD]. [I'm] working non-stop. I've been just sending Myles [Kennedy, ALTER BRIDGE singer, who is also a member of SLASH FEATURING MYLES KENNEDY & THE CONSPIRATORS] ideas through the phone. And we hit the studio in January… We'll get together to write in January and then probably start recording in February. We haven't gotten together in person yet, but we're starting to throw ideas back and forth."

Mark also commented on some bands' decision to cancel their tours of Europe following the events of November 13 in Paris, France where seven coordinated terrorist attacks killed 130 people.

"I think everybody's entitled to their own… If they feel uncomfortable with doing it, nobody could fault them for that at all," he said. "I see some bands take heat for it. But people have different situations. Everybody has children at home, and you have to think… And you have your fans that are gonna be at the show that are gonna be at risk. We [TREMONTI] just made sure that we have all the proper security in place before a show happens, that everybody is protected — from our crew to our fans to the band itself to the venue staff. We make sure that everything is nice and … that security is gonna be ahead of the game."