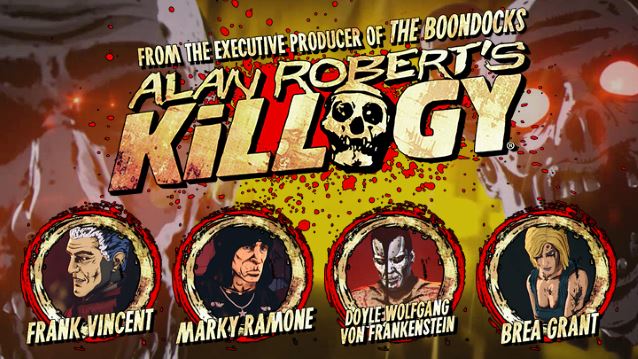 Watch the "Killogy" proof-of-concept teaser below.

"Killogy" was nominated for Best Mini-Series (2013) and Best One-Shot (2014) at the Ghastly Awards and picked up a Horror Comic Award for Best Scene from ComicMonsters.com. Bloody Disgusting listed "Killogy" at #4 on their Top 10 Best Mini-Series of 2013. The "Killogy: Halloween Special" sold out within its first week of distribution and IDW immediately issued a second printing. The critically acclaimed "Killogy" graphic novel was recently translated in Portuguese for a Brazilian release through NFL Zine.