A track from the disc, "Mutation Medley", can be streamed below.

"One Bad M.F. Live!!" was recorded at the final concert of Friedman's most recent tour, on April 14 at "Guitarfest 2018", which was held at Centro Cultural Roberto Cantoral in Mexico City.

"This live album is a tip of the hat to the live albums that blew my mind when I was a kid," explains Friedman. "The musical content itself is modern and atomic-powered, but the presentation is decidedly old school. The pacing of the show, the audience participation stuff, the special live arrangements of the songs, these are the things that got me all jacked up as a kid. I like to give the audience the feeling that they are really getting something unique, something that only happens at their show, not just a recital of the songs exactly as they know them. There are lots of happy accidents, once-in-a-lifetime ad libs, things that could have only happened because we were high on that particular audience's energy."

"One Bad M.F. Live!!" was recorded on the tour in support of Friedman's latest solo album, "Wall Of Sound", which was released in August 2017 on Prosthetic Records, and debuted on Billboard's Heatseekers chart at No. 12.

"I've had albums that have charted higher, sold more, and got more attention over my career," says Friedman, "but 'Wall Of Sound' is the album I've been striving to make ever since I picked up a guitar. I have an almost unhealthy amount of pride towards that album. The thrill I get from playing the 'Wall Of Sound' stuff live is something that I wanted documented, and that's what 'One Bad M.F. Live!!' is."

Joining Friedman on "One Bad M.F. Live!!" are his bandmates Kiyoshi on bass, Jordan Ziff on guitar and Chargeeee on drums.

Friedman will celebrate the release of the disc with an October 21 show at The Viper Room in Los Angeles. A full U.S. tour will take place in 2019.

"Wall Of Sound" was produced by Friedman, engineered by Paul Fig (GHOST, RUSH, ALICE IN CHAINS) and mixed by Jens Bogren (KREATOR, OPETH, SEPULTURA). The disc was recorded in part at Dave Grohl's Studio 606 in California and was previously described by Friedman as "a way more intense version" of 2014's "Inferno": "deeper, sadder, happier and more aggressive." 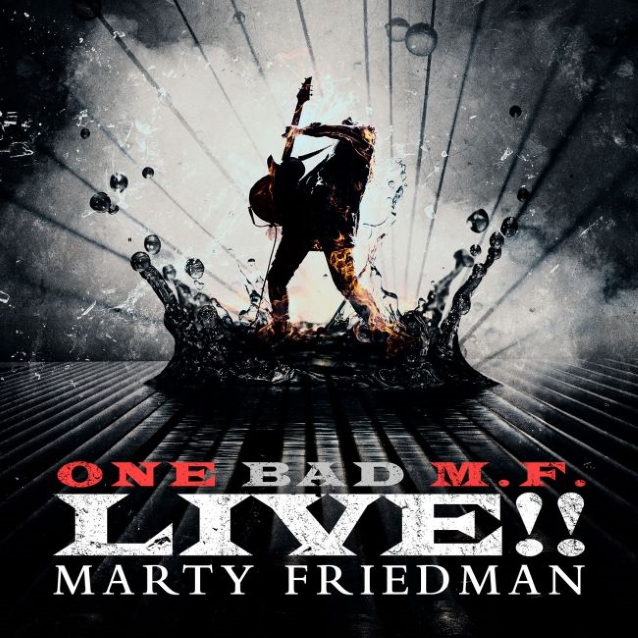