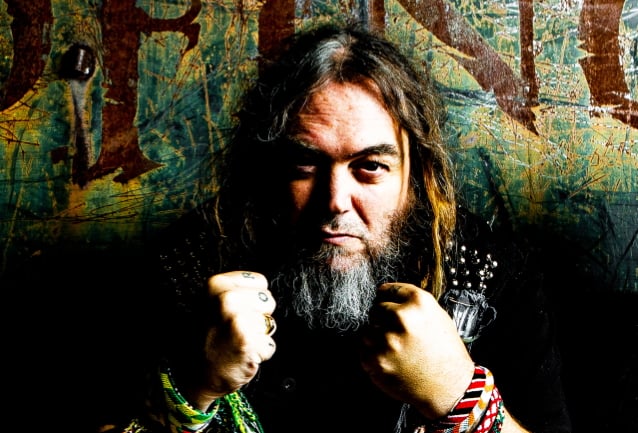 Jawbone Press has set a July 26 release date for the "fully revised and updated" edition of "My Bloody Roots: From Sepultura To Soulfly And Beyond", the autobiography of Max Cavalera (SOULFLY, CAVALERA CONSPIRACY, KILLER BE KILLED). The book includes a foreword by Dave Grohl (FOO FIGHTERS, NIRVANA) and a brand new afterword by Randy Blythe (LAMB OF GOD).

Max Cavalera has an extraordinary story to tell, and "My Bloody Roots" is an autobiography like no other. Much more than just another tale of rock 'n' roll debauchery, it's a story of heartbreak and loss — and, ultimately, triumph. In it, Cavalera offers an unflinching account of life growing up in hardship in Brazil — a country not previously known for heavy metal — and the multimillion-selling success, against all odds, of the band he founded with his brother, Igor: SEPULTURA.

Then, for the first time, he reveals the full story behind his split with the band — after which he did not speak to his brother for years — and the formation of his SOULFLY, one of the most critically and commercially successful metal bands of recent decades. He also goes into unflinching detail on the devastating impact of the deaths of his father, stepson, and grandson; his struggles with drugs and alcohol; his eventual reunion with Igor in CAVALERA CONSPIRACY; and more.

This revised and updated edition continues to trace Max's career to the present day, covering the formation of his new band GO AHEAD AND DIE as well as the supergroup KILLER BE KILLED.

Max Cavalera has been a professional musician since 1984 and has toured the world many times. He was a founder member of the metal band SEPULTURA, before forming SOULFLY, who released their eleventh studio album, "Ritual", in 2018, and whose drummer is his son Zyon. He also plays in CAVALERA CONSPIRACY with his brother Igor, GO AHEAD AND DIE with his son Igor, and in the supergroup KILLER BE KILLED. SOUFLY's new album, "Totem", will arrive on August 5 via Nuclear Blast.

In an interview with Phoenix New Times, Max stated about his decision to write his memoir: "It felt like it was a good time. I'm reaching about 30 years of my career. 30 years of music. It's a story that I think is really cool. Coming from Brazil . . . and you know, achieving what you wanted, your dream.

"There is a lot really funny shit in it. Pissing off Lemmy [Kilmister of MOTÖRHEAD]. Throwing wine on Lemmy's head. Lemmy chewing Gloria's [Cavalera, Max's wife and manager] ass, saying he wants to kick my ass. Puking on Eddie Vedder [PEARL JAM] on a MINISTRY tour. Those are fucking amazing stories and you can't fabricate this shit. The time made it. So it was a long process.

"I worked with a guy, Joel McIver, who is an English writer. He wrote a Randy Rhoads book, a MOTÖRHEAD book, a DEEP PURPLE book, and a METALLICA unofficial biography, which they really loved. We did about 1,000 interviews trying to remember everything. It wasn't chronological. One day, we'd talk about my childhood or the split from SEPULTURA or the death of [Max Cavalera's stepson] Dana. That was a really hard time to talk to about. It tough to talk about that stuff. That was hard . . . Dark, really dark."

Asked if it was therapeutic for him to go through all of this, Max said: "We treated it more like conversation, like we're doing right now. It was more like us just having a talk.

"I wanted to be easy for people to read. I didn't want it to be complicated. I wanted it to be as easy as possible.

"The book starts in Brixton [London], which was the last show with SEPULTURA. Then we go back to my childhood in Brazil.

"I didn't know it was the final show at the time, but it was a really explosive way to begin. I thought it was a really cool to open it like that. It was his idea, instead of going chronologically. I was on top, conquering the world, and then right after that, getting kicked in the head and everything was gone. My band was gone, my brother was gone, Dana had just died.

"Dave Grohl did an awesome intro. He tells a story about how he bought a $50,000 speaker for his studio sound system, and he pops in [SEPULTURA album] 'Roots' and it blew up the whole fucking thing. [mimicking Grohl] ''Roots' blew up my whole system.' I love that story. If your album can blow up a $50,000 system, you're doing something right. Mike Patton [FAITH NO MORE, MR. BUNGLE, TOMAHAWK] says really cool shit about us in Brazil. He was hanging out with us in Brazil, going to voodoo places. I took him to voodoo rituals in Brazil. He was staying at Igor's house. It was really cool. Sharon Osbourne talks about the Dana thing [in the book]. We were playing Donington [Monsters Of Rock festival] with [Ozzy Osbourne] and they flew us home in their private jet when Dana died. It was a horrible thing. We were flying home because Gloria's son died, in Ozzy's plane. It was horrible. The whole time. It was so dark. I wanted to say something to Gloria and words couldn't even come out of my mouth. Sharon talks about feeling like we needed a friend at that time and she was able to help us. They didn't have to do anything. They were just playing a show with us, and yet they showed their true colors. Somebody else could have said, 'I'm sorry for your loss,' but they didn't do that. They put us on their plane, gave us money and gave Gloria a crucifix. It was amazing. Then when I got kicked out of SEPULTURA, it was around January, we were invited to their [Sharon and Ozzy Osbourne] house for a dinner because Ozzy wanted to encourage me to go on. That's how felt, like he should do something. I went to their house and sat down. Ozzy sat me down and said, 'Fuck them. Fuck those guys. You need to get up off your ass and do something.' It was awesome to hear that from him and I needed to hear that. He played me some BLACK SABBATH demos and it blew my mind. It was fucking awesome to hear that from him. I was tripping the whole time. I never even imagined I would do that. You know, like when I was a kid in Brazil, if you would have told me I would sit down with Ozzy, fucking BLACK SABBATH, I wouldn't have believed it." 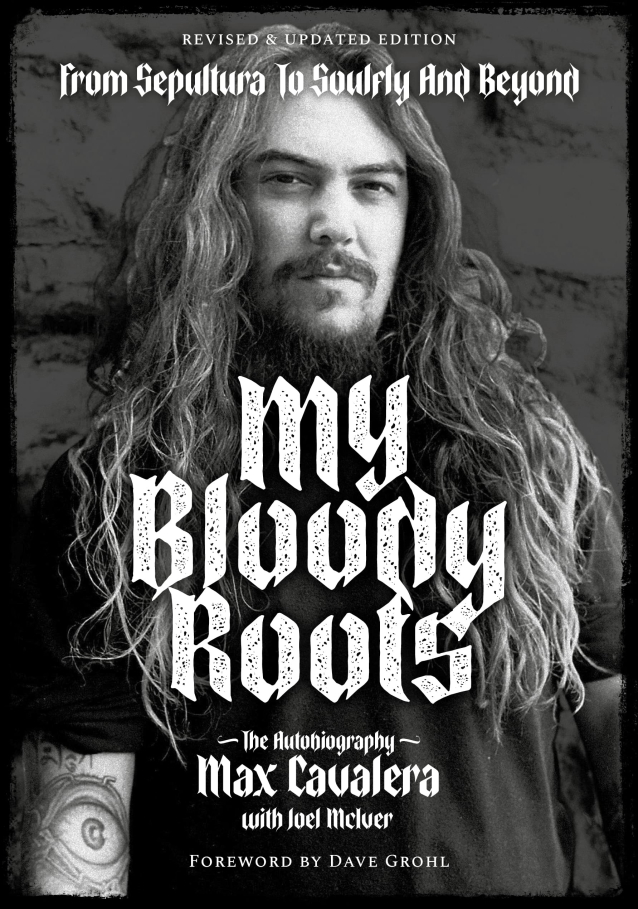