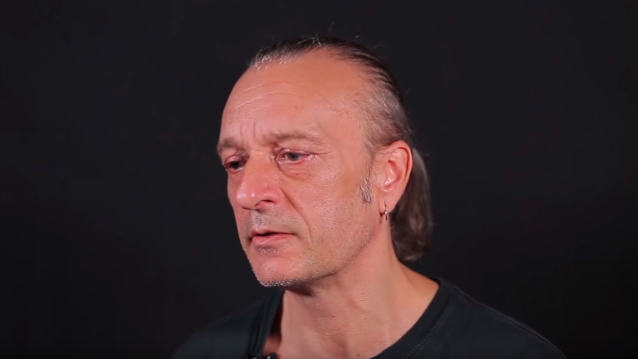 The event will be held at Miami's Technique Records a day before the Tampa stop on the Decibel Magazine Tour, which MAYHEM is headlining. A book signing will follow the question-and-answer session, and 666 limited-edition art prints will be available for sale.

"Necrobutcher is our Dante. It has been an honor for us to publish this exquisite book. Necrobutcher's autobiography 'The Death Archives: Mayhem 1984-94' is fascinating and filled with this ephemera that Necro kept from the beginning," Moore said. "His fans have been amazed by all his photographs and different flyers that Necro used to stir his memory of what was going on during these specific moments of his life within this band. Together with his testimony, he illustrates a story which to most of us has been hearsay and legend until now."

MAYHEM's footprint on black metal is as heavy as its history is grim. By weaving disparate styles of forefather luminaries like HELLHAMMER, BATHORY and VENOM, MAYHEM became one of the genre's most influential bands — with a murdered bandmate and a string of burned churches only contributing to group and black-metal lore. MAYHEM also largely spawned the genre's global subculture. Trading in horror iconography, occult themes, and misanthropy, the language of black metal is arguably better-suited to modern worldly terrors than its mainstream counterparts.

Stubberud is the last surviving member of the original MAYHEM lineup. "The Death Archives", a bulky collection of rarely-seen photos and memorabilia, is his project to correct what he has called "misunderstandings" about the band.

"So much of this incredible book has to do with all the different sorts of people, such as Euronymous and Dead who come into (and out of) his life, and his unique perspective on the different members of the true MAYHEM," Moore said. "It is simply a must-read for anyone interested in the birth of Norwegian black metal and what really happened within the band."

Book purchase is required to attend the event. 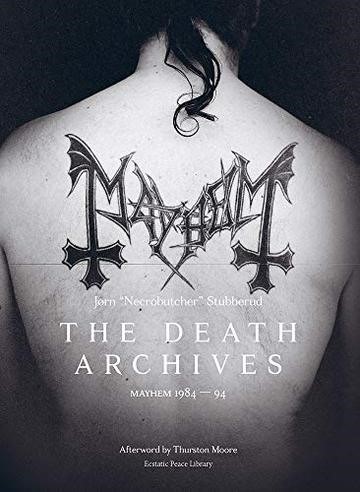