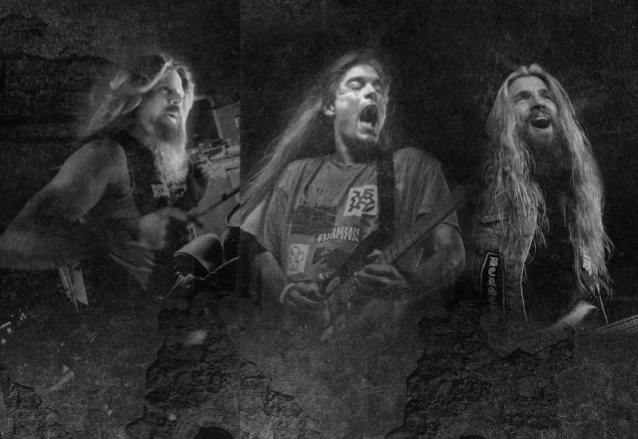 Soft-shred pioneer and rising guitar god Myrone has released his latest single and video, "Track Day", featuring the inimitable Chris Adler (drums, ex-LAMB OF GOD, MEGADETH) and James LoMenzo (bass, MEGADETH). A follow-up to his recent single "Soft Shred", this new track will appear on his upcoming album, due for release next month.

Boasting a ubiquitous playing style rooted in caustic but soulful riffs and technical fireworks, Myrone has made a name for himself as solo artist, studio musician (recent credits include the Netflix original "Cobra Kai" soundtrack) and member of international metal supergroup FIRSTBORNE, also featuring Adler and LoMenzo.

"Track Day" is filled with serpentine riffs, a profound melodic sensibility and more than a dash of 1980s nostalgia, serving as a perfect focus track for Myrone's album. Adler contributes a blistering percussion performance, with LoMenzo holding down the low end with a pulsating groove.

Myrone's singular playing style is equal parts technically impressive and approachable; his acrobatics on the fretboard don't distract from his dynamic songwriting ability.

The official "Track Day" music video is a fun, frenetic narrative that perfectly complements the song while highlighting the drift car community that has embraced Myrone's music.

Myrone has this to say about the impetus behind his latest track: "After I released 'Guitar Magic' in 2019, I quit making Myrone music. I was burnt out and felt like I had exhausted all the creative possibilities for this project. It was only after a bunch of people in the grassroots drifting community started following me and inviting me out to track day events that I felt inspired to create again.

"As soon as I finished the demo, I knew I had something extremely special and that I needed Chris Adler and James LoMenzo to play on it with me to give it that extra intensity.

"'Track Day' is my thank you note to all of the car-avatar people who have selflessly championed my music, and graciously taken me out in their S13s, Z's, and M3's and thrashed me around until I was car sick."

A special limited-edition merch drop accompanies the release. Artwork for the single was created by renowned tattoo artist and designer Dan Bones.

Expect more music from Myrone and FIRSTBORNE throughout the year.

Myrone has been a presence in the Los Angeles scene for the last six years. He has independently released seven albums and two EPs of instrumental guitar music and racked up millions of Spotify streams. In addition to his own recordings, he has collaborated with Rivers Cuomo (WEEZER),SZA, Little Boots, Michael Christmas and Deaton Chris Anthony, among many others. 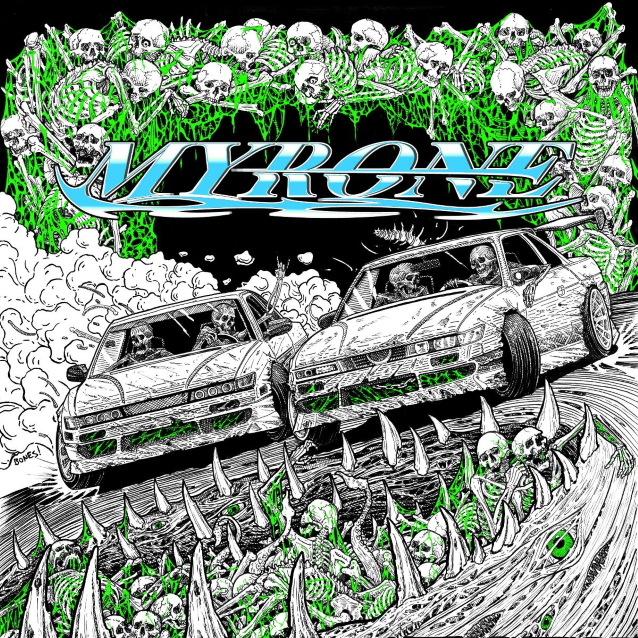